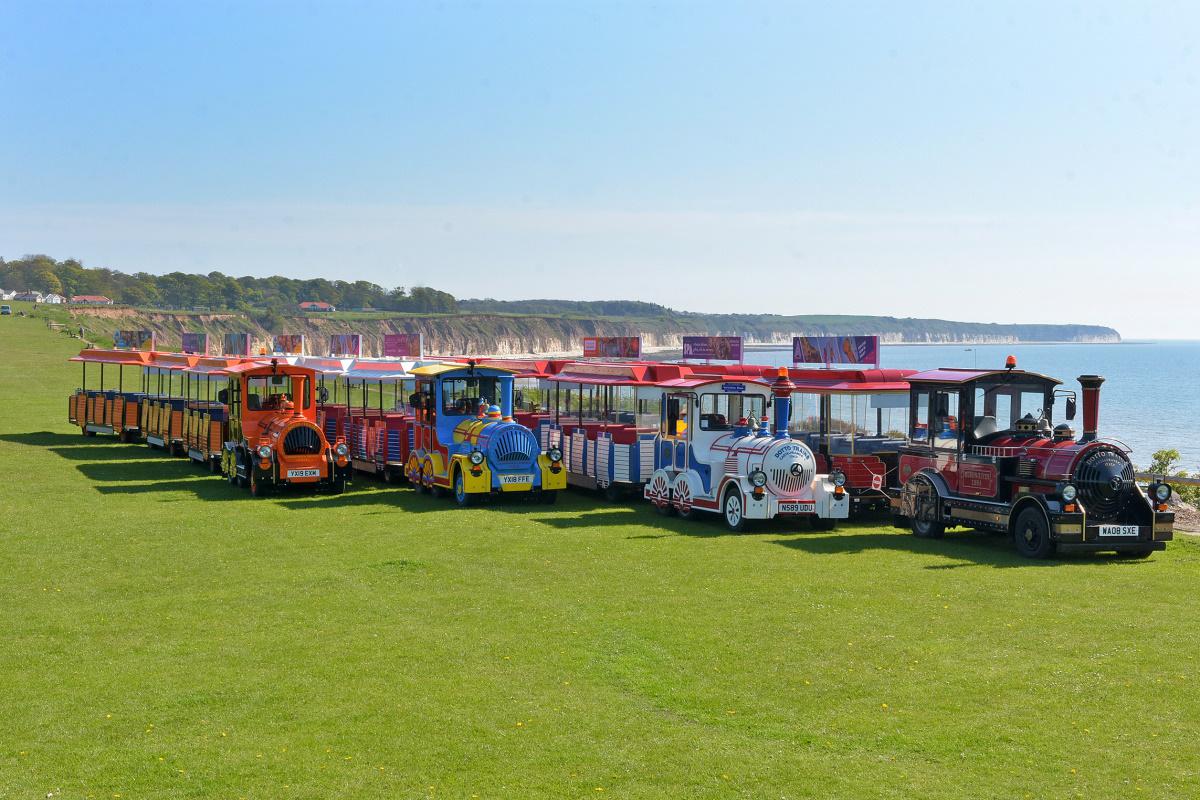 Bridlington will mark a very special anniversary on Thursday – 60 years to the day since the commissioning of its famous overland trains.

To mark the occasion, the council’s Coastal Services team – which operate the overland trains – have announced that, on this day only, all overland train tickets on both city routes will cost just 60p each .

Additionally, the Bridlington Excelsior Brass Band will play at Limekiln Lane station from 10.30am to 11.30am.

The city’s first overland train ran on July 28, 1962—the maiden trip was made by the Burlington Belle, a blue, red, and yellow commercial tractor with two passenger-carrying trailers. Initially, only one train was in service.

The launch of the overland train service followed spending £659 on a Massey Ferguson tractor; £537 on the two “carriages”; £390 on fiberglass bodywork to depict an old fashioned railway locomotive; and £50 to fit the springs!

In 1962 the borough engineer had to build a roundabout at Limekiln Lane and Sewerby, and a concrete garage to the north of the town to house the overland train: all this cost £750.

The total cost to launch the new service was £4303 including new roadway.

On opening day, a single adult ticket cost 1/- (one shilling) and the single child fare was 6 days.

The service proved so popular that the purchase of a second train was agreed later in 1962.

“It will be a great occasion for Bridlington, celebrating one of the city’s most iconic attractions! It’s an incredible achievement that this service has been running for 60 years and is still going strong!

Today overland trains run on two routes: passengers can choose to travel on the South Promenade overland train from the Park and Ride car park to Bridlington Spa, or on the North overland train between East Riding Leisure Bridlington and Sewerby Hall and Gardens, stopping at Limekiln Lane and Bondville Model Village, every 30 minutes.

The council’s Coastal Services team are running a competition on their Facebook page asking people to send in their photos of themselves with the overland trains, whether recent or older. The competition will take place over four weeks and the overall winner will receive a family overland train pass for the whole of 2023.