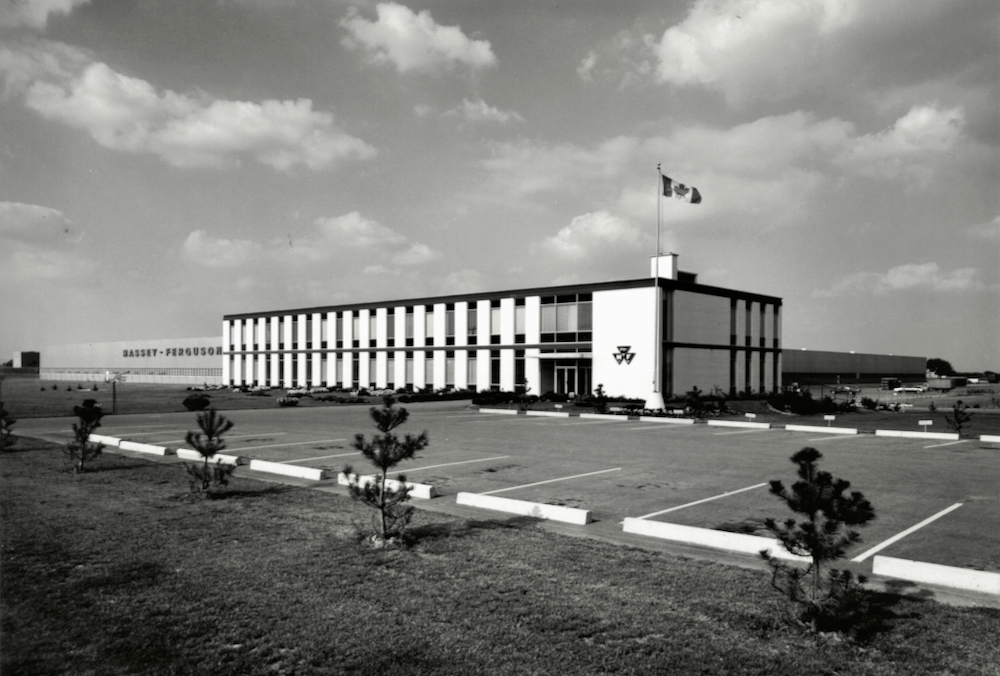 A Glimpse of the Past: How We Came to the Modern Combine

A few years ago, I was at John Deere World Headquarters in Illinois for the official unveiling of the brand’s S-Series combines. To put the importance of this case into perspective, the Deere marketing team guided us to the building’s large auditorium. There, they shone their spotlight on a shiny and impressive new S9, and right next to it, a vintage 1960s Model 45 combine.

The small 45 model looked positively primitive next to the high-tech S9, and it sparked an immediate reaction in me. When I was a kid growing up on the farm, our working combine was the trailed version of the 45, the Model 42. That seemed huge to me back then!

As the size of combines increased, their overall number on Canadian farms decreased significantly. In 1996, there were 132,453 working on farms across the country. By 2011, when Statistics Canada stopped counting them, their number had fallen to 90,903. That’s a drop in the national fleet of 41,550 in just 15 years. But the number of farms had also decreased. In fact, it had been declining faster, so over this period the number of combines per farm actually increased from an average of 1.18 in 1996 to 1.30 in 2011.

The result is that the number of acres harvested by an average combine has steadily increased from about 651 in 1996 to 862 acres per combine in 2011. And we all have a good idea of ​​how this has changed. number since then.

We all also know that it’s not just the size or the brute force of our combines that have increased. Instead, we’ve added layer upon layer of technology, to the point where there’s arguably nowhere else in agriculture that captures how quickly and how much technology has changed our world.

To get an idea of ​​how combines have evolved over the years, I thought it would be interesting to follow the history of Massey Ferguson combine production in Brantford, Ontario, which can be found here -below.

Times change, but in his outlook on an industry struggling to keep pace with technology and customer demand, we can learn lessons that are just as relevant today.

In June 1964, Massey Ferguson, then a stand-alone company, proudly held the grand opening of what was widely recognized as the most sophisticated agricultural equipment assembly plant then in existence. It was located in Brantford, Ontario. The plant was modeled after the most modern automotive manufacturing plants of the time and emulated many assembly methods used in the automotive industry, a first for agricultural equipment. The opening of this state-of-the-art factory coincided with the introduction of the most modern combine design that MF engineers had ever devised, the all-new 10 Series, which would include the 300, 410 and eventually the 510. Brantford plant would be the first to build them.

Massey Ferguson was then a major global brand with very high market shares for all of its equipment in 160 countries. The introduction of the new 10 Series combines would propel the brand to the top spot in the North American combine market for several years.

The flagship 510 model saw production from 1965 to 1971. Like all of its serious competitors at the time, it was a conventional straw walker combine with six walkers and a 45-inch-wide drum. The six-cylinder Perkins diesel engine develops just over 100 horsepower. Power was routed through a three-speed mechanical transmission with a variable-speed mechanical drive in each gear to make speed adjustments to compensate for the size of the windrows.

The cabin, if it had one, was a sheet metal and glass box that kept some of the dust out but greatly increased the interior temperature in direct sunlight. And, of course, the vibrations amplified the noise of the machine to mind-boggling levels. Spending a day inside left you exhausted and very dirty. (Ask me how I know.)

After 1971 the 510 received some upgrades and a new body design to match the new 700 and 800 models, and it was renumbered 550. What had been the marque’s largest model was now the smallest and kept in production to fill a small and decreased demand from small producers.

For most of the 1970s and into the very early 1980s, the Brantford plant worked hard to meet the voracious demand from North American farmers for new combines. Farm profits increased and the demand for new machinery of all types was high. During this period, the 10-series machines had given way to newer and larger 700- and 800-series designs.

Newer combines had greatly increased capacity and used a much more complex design. This leap in available options and efficiency made combines more attractive in the evolving market, but created problems for the assembly plant as they had to figure out how to build the machines efficiently on their own. . And at that time, just like with Detroit’s Big Three automakers, build quality was generally poor, leading to an increased level of warranty work and dissatisfied customers.

The 700 and 800 series saw several updates and new model designations as superior performance and operator comfort gained prominence in the combine market.

By the early 1980s, the agricultural economy was suffering from a severe downturn and demand for new machinery was collapsing. This left the marks with lots of unsold inventory and red ink on the books. The Brantford plant was no exception.

At the same time, many brands were working on developing the next new combine technology, the rotary. New Holland beat everyone to market with its twin-rotor TR70 in 1975, which left Massey Ferguson and others scrambling to keep up. Massey had its own rotary combine R&D project underway in the early 1980s, but just before it was ready for the market the program was abandoned due to unexpected development caused by the crisis. economy faced by all combine manufacturers.

White Farm Equipment, which also built combines in Brantford, had developed a rotary combine that was ready for the market in 1979. It was introduced as the Model 9700. It had the largest capacity of all the presses then built. It saw some improvements and was renumbered 9720 in 1984. Another model, the 9320, had just entered production when the assembly line suddenly came to a halt. WFE was placed under bankruptcy protection and forced to cease operations in 1985.

MF decided to acquire the White rotary technology instead of continuing R&D on its own design. All remaining white combines along with all existing parts were purchased from the receiver. The 9320 became the MF 8560 and the 9720 became the MF 8590.

The largest White-turned-Massey rotary combine is generally credited with starting the race for ever greater capacity in machines using the rotary design.

But the White rotary design would soon suffer another setback. The declining agricultural economy had also hit Massey Ferguson hard. The company’s Brantford combine plant was bleeding the company’s cash fastest, so later in 1985 MF management did something that remains controversial to this day. He spun off the Brantford plant and combined production with the rest of Massey Ferguson, creating Massey Combines Corp., a now independent company. He also attributed to MCC an inexplicably large amount of corporate debt (almost all of it in fact) that actually exceeded the value of the assets attributed to MCC. In 1988, the inevitable happened; The MCC also went bankrupt, owing about $290 million and laying off 2,500 workers.

Ultimately, however, the reunion would be another episode in the difficult life of Massey Combines. After bringing them back into the Massey Ferguson fold, AGCO moved production to Hesston, Kansas, where it remained until AGCO reduced its combine brands to Gleaner and Fendt IDEAL, eventually ending the production of the MF brand combine harvester.