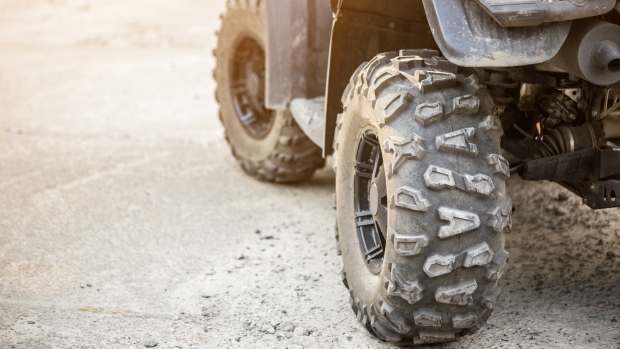 Some engineering students have discovered how to convert all-terrain vehicles to solar power and hope it will benefit Indigenous and remote communities in Canada’s North.

Henry Penn of the Arctic Institute of North America’s Kluane Lake Research Station, 220 kilometers northwest of Whitehorse, wanted to find a way to convert a gasoline-powered Kubota mid-size utility vehicle used at the station into a an electric motor.

McDermott, who is of Cree descent, and Bercier, who is Métis, hoped to find a project that would allow them to give back to their communities.

“We wanted to do a project that we were interested in,” McDermott said.

All-terrain and utility vehicles are a necessity of life in the North to transport people and goods in some of the most isolated landscapes in the world.

In tests so far, the solar batteries have been able to run the ATV for at least 90 minutes, and recharging involves simply plugging it into a regular power outlet, McDermott said.

“Basically, it’s like any other device you have in your life when you plug it into any electrical source,” she said.

“We design it for the average person. The good thing about charging is that it has an automatic shut off so it doesn’t overcharge. You can just leave it plugged in.

Bercier said the team has a work plan and has prepared a manual for Indigenous and remote communities so they can do the conversions themselves. Fuel prices are more than expensive in the North, which will help keep costs down, he added.

“A lot of Indigenous communities there are using these types of vehicles as workhorses around their properties…and we want to…give them the opportunity to switch to greener technology,” Bercier said.

“We wanted to develop a conversion kit using a local supply chain where you could source parts in Canada and go to their remote locations to essentially convert their own vehicles to electric vehicles.”

The conversion cost is around $7,000 and takes about a week.

Bercier said a key challenge was the weather.

“The average winter temperature in the Yukon is well below -30 degrees Celsius, so that’s something we had to factor into our design and (it) impacted almost every major design decision the Yukon made. team took.

The project advisor was Kerry Black, assistant professor and Canada Research Chair in the Department of Civil Engineering at the Schulich School of Engineering.

“They were enthusiastic from the start. He’s a different type of student,” she said.

“They had community and context in mind throughout the process and really championed an approach that recognizes the needs of remote and northern Indigenous communities.

The ATV was returned to the Yukon Research Station. It is to be exhibited at a conference on renewable energy in remote communities in Whitehorse in a few weeks.

This report from The Canadian Press was first published on April 17, 2022.