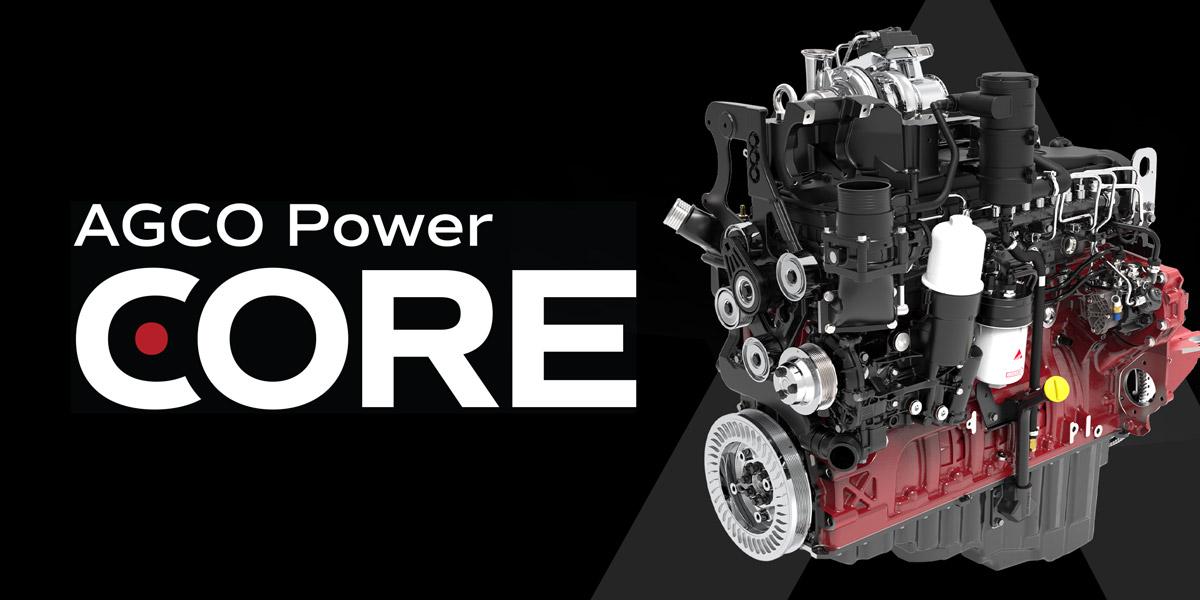 Continuing AGCO Power‘s heritage of sustainable and scalable designs, the CORE family is designed with tomorrow’s alternative fuels in mind, the company said.

Reducing carbon emissions is a common goal for all machine manufacturers. AGCO Power’s current diesel engines are fully compatible with renewable HVO fuels, which can already bring them closer to carbon-neutral operation. But future alternative fuels such as hydrogen and gas require an engine designed from the start to be compatible with them.

What is revolutionary about the new CORE engine family is that by further developing the engines, they will be compatible with these fuels.

“Alternative fuels of the future such as hydrogen, ethanol, methanol, biogas as well as hybrid-electric applications place new demands on an engine,” said Juha Tervala, CEO of AGCO Power. “The CORE engine platform is designed to enable the use of alternative fuels with further development.”

The cleanest diesel engines in the world

What’s special about all current AGCO Power engines is that they easily meet the most stringent emissions standards.

“The main challenge in product development today is to get rid of fossil carbon or at least drastically reduce it. harmful nitrogen oxides at a fraction of the level of a decade ago,” said AGCO Power Engineering Manager Kari Aaltonen.

After more than a century of service, diesel engines are still the most practical alternative in many applications. As electric vehicles take the roads by storm, battery capacity is simply not enough in off-road applications yet, except for the most compact machines (less than 50kW) . The high energy density of diesel fuel and the high efficiency of the engines ensure that the technology remains competitive.

The first engine in the CORE line is the CORE75 – a 7.5 litre, 223 kW unit with excellent torque, fuel economy and reliability. It is used for the first time in the brand new Fendt 700 Vario Gen7 tractor.

Entering series production at the Linnavuori plant by the end of 2022, the new AGCO Power CORE75 engine has some of the most advanced features on the market today:

“AGCO Power CORE75 delivers 1450 Nm of torque, the highest in its power class. The engine is designed to deliver peak torque at 1300 rpm instead of the more typical 1500 rpm. best fuel economy on the market today in its power class – 188g/kWh,” said Aaltonen.

AGCO Power CORE75 was designed from the ground up to be extremely robust while having fewer parts. This simplified design makes the engine more reliable and easier to maintain. With its advanced EAT (emissions after-treatment) system, AGCO Power CORE75 is designed from the ground up to meet the most stringent emission standards without the need for an EGR (exhaust gas circulation) system.

“The new engine is also compatible with HVO renewable fuels, enabling up to 90% reduction in greenhouse gas emissions,” Aaltonen said.

Over 2,500 lots go under the hammer at Ballymena Livestock Market’s October Machine Sale