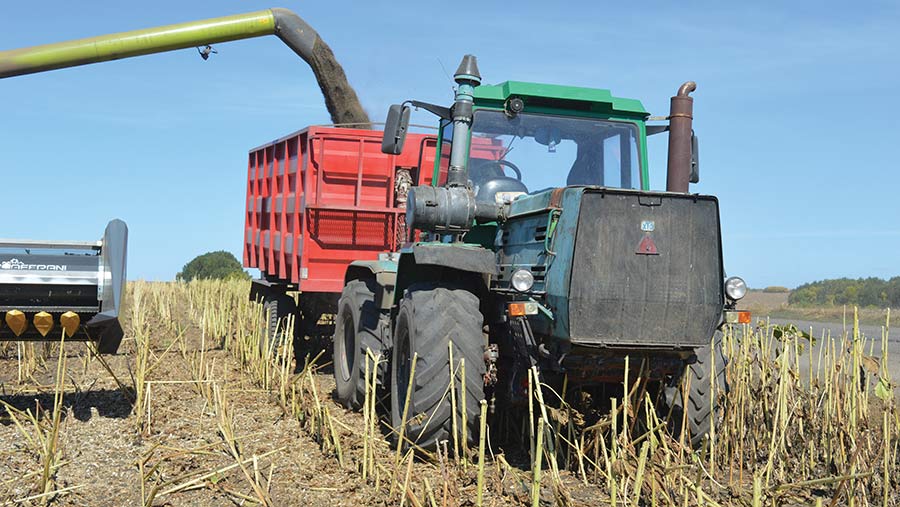 Agriculture in Ukraine: Q&A with an agricultural journalist in a war zone

The Russian invasion of Ukraine on February 24 had repercussions around the world, but few are feeling the consequences as acutely as the hundreds of thousands of farmers who valiantly produced crops.

In this Q&A, Ihor Pavliuk explains the story on the ground – the trials, tribulations and challenges, and how enterprising and stoic farmers overcome them.

Ihor Pavliuk is an agricultural journalist based in the Cherkaska region of central Ukraine, south of Kyiv. He explains how farming has changed since the Russian invasion, the challenges of operating the machines and his expectations for the coming year.

How much land is out of use?

When the invaders fled northern Ukraine in April, mines and shells also remained in the fields. It is impossible to clean everything in a short time over an area of ​​several thousand kilometers.

Farmers were in a rush to sow grain in the spring, so tractors and trucks were exploding practically every day.

The problem hasn’t gone away today – just a few days ago a farmer in the Sumy region died while driving a truck full of grain.

How much less will this year’s harvest be?

It’s hard to say. According to official figures, 16 million tons of wheat were harvested throughout Ukraine without the Russians.

The average wheat yield is 4 t/ha but, due to weather conditions and the inability to apply fertilizers and pesticides in time, it will probably be 10-15% lower.

Drought has also been an issue, with maize crops failing to set grain in many areas.

The livestock sector has shrunk by about 15%. That said, it was not considered a profitable industry before the war and had been in decline for several years.

In free regions more than 50 km from the front line, it is safe to transport milk and other goods.

But it’s a strange feeling that your life, and that of your children, is decided a few hours from home.

Did the war effort cause a labor shortage?

Reliable machine operators were already scarce, and now many of them went to the front.

As far as I know, they are trying to recruit fewer tractor and combine operators into the army so that there are enough people to work in the fields and drive agricultural machinery.

It’s surprisingly normal. Seeds for the dominant crop types, whether domestic or global brands, are produced in Ukraine, but some also come from abroad.

Consequently, many farmers will not use any fertilizer, and the rest are likely to reduce their production considerably.

If it remains difficult to sell grain overseas and farmers have to rely on the domestic market, where they are offered ridiculously low prices of £50-65/t, then up to a quarter of the arable area will probably not be sown next time. year.

Are farmers trying to increase their grain storage capacity?

Yes, almost all farmers are looking for ways to solve the export problem. They clean, disinfect and renovate old warehouses, even abandoned farms.

Polyethylene sleeves for grain storage are also in great demand. I think there is the capacity to store what is left over from last year and the new crop.

That said, some of the acreage under corn will remain unharvested due to the fact that the price of natural gas is unrealistic and it will not be profitable to cut, dry and store it. 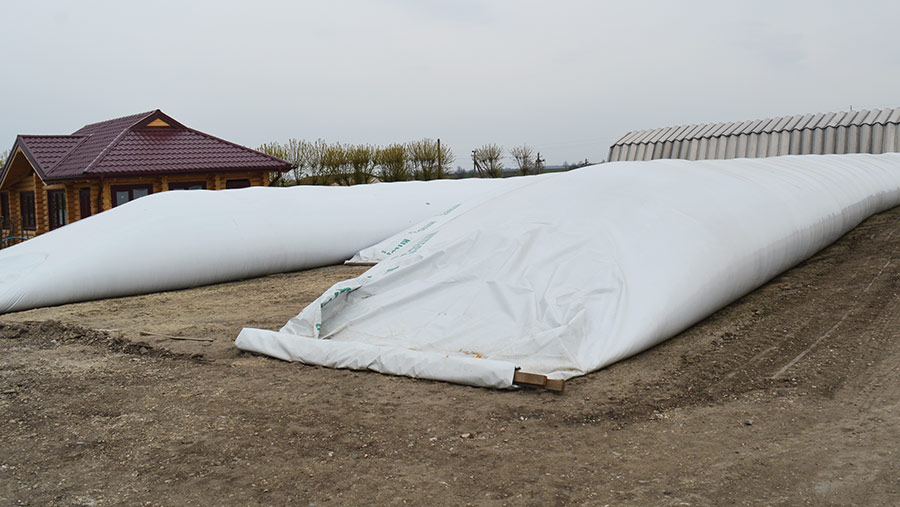 The first thing people did in the early hours of the war, on February 24, was to stock up on cars and spare canisters at gas stations.

But a severe fuel shortage began in early April, when Russian rockets hit an oil refinery in Kremenchuk – it was the only factory in operation at the time.

This led to big problems and I had to stand for six hours to get only 20 litres, even though the stations were replenished every few days.

Some farmers bought diesel in advance at a wholesale price, which saved them. However, the others either had to stop working and wait or buy fuel at crazy prices.

Before the war, a liter of diesel at a gas station cost 26 hryvnias (59p), and farmers bought it cheaper in bulk.

Now the price has stabilized at around 52 hryvnia (£1.19) and it is possible to buy diesel without any problems.

What about spare parts?

Logistics were immediately disrupted and most farmers were unable to obtain the spare parts they had ordered. Some of my farming friends would buy everything from dealership warehouses, even the parts they didn’t need.

This situation lasted until about mid-April, but is almost back to normal now.

Do machine dealers have stock of equipment for sale?

During the first months of the war, dealers could only sell equipment already imported into Ukraine. Many farmers have not received the kit they ordered and paid for, in part because of Russian port seizures.

This has now changed in some regions, where dealers not only import new machines, but even introduce new models and brands.

How many tractors are sold each year?

How do you think this will change over the next few years?

It all depends on how many years the war will last and the ability of the Ukrainian army to liberate the southern territories and seaports from which grain is exported.

If this does not happen, up to 25% of fields will remain unsown. Why sow wheat if you have 10,000 t of unsold grain in stock?

The main problem is that many farmers are short of money. The State allocates loans, but they are difficult to obtain.

If the situation does not change, no one will buy imported equipment – even if you have money in the bank, you are unlikely to invest it in a business that does not bring any profit.

However, almost all farmers will sow food crops in order to feed the Ukrainian population.

These include wheat, peas, buckwheat and sugar beet, which was considered an unprofitable and problematic crop but now brings the highest profitability. Sugar is hard currency.

What are the most popular machine brands?

Before the war, Belarusian MTZ tractors represented a large sales segment, as they were cheap and easy to repair. Now I expect MTZ to disappear from the Ukrainian market, for obvious reasons.

In addition, inexpensive Ukrainian HTZ tractors of 200-300 hp are produced in Kharkiv. But the city is bombed every day, and I don’t know if tractors will still be produced there.

Chinese tractors, such as YTO, are becoming increasingly popular among small farmers. They cost almost the same as the Belarusian MTZ, but have a wider range of options. 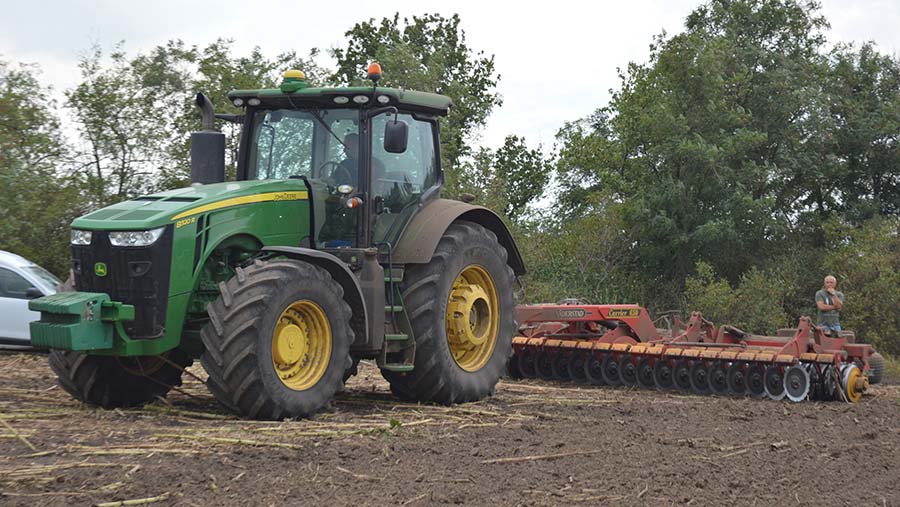 Over the past eight years, Ukrainian manufacturers have managed to seriously improve the quality and range of products they offer.

This was aided by a government compensation program that contributed to the purchase cost of domestically produced agricultural machinery, which rose from 25% to 40%.

Manufacturers of elevator equipment – such as Lubnymash, KMZ and Yug-Elevator – are almost as good as established global brands, but are much cheaper.

The same goes for seeders, cultivators, combine headers and trailers.

The problem is that some manufacturers remained in the occupied territory, such as John Greaves – a manufacturer of quality combine harvester heads in Berdyansk on the Sea of ​​Azov.

What about the army vehicles that the farmers captured from the Russians?

Most of the tanks and armored personnel carriers captured from the invaders were handed over to the Ukrainian army for repair. But I’m sure some farmers hid the tanks to show their grandchildren for years to come.

Five names that could lock down the PGA Tour cards this week at Korn Ferry Tour Champ.