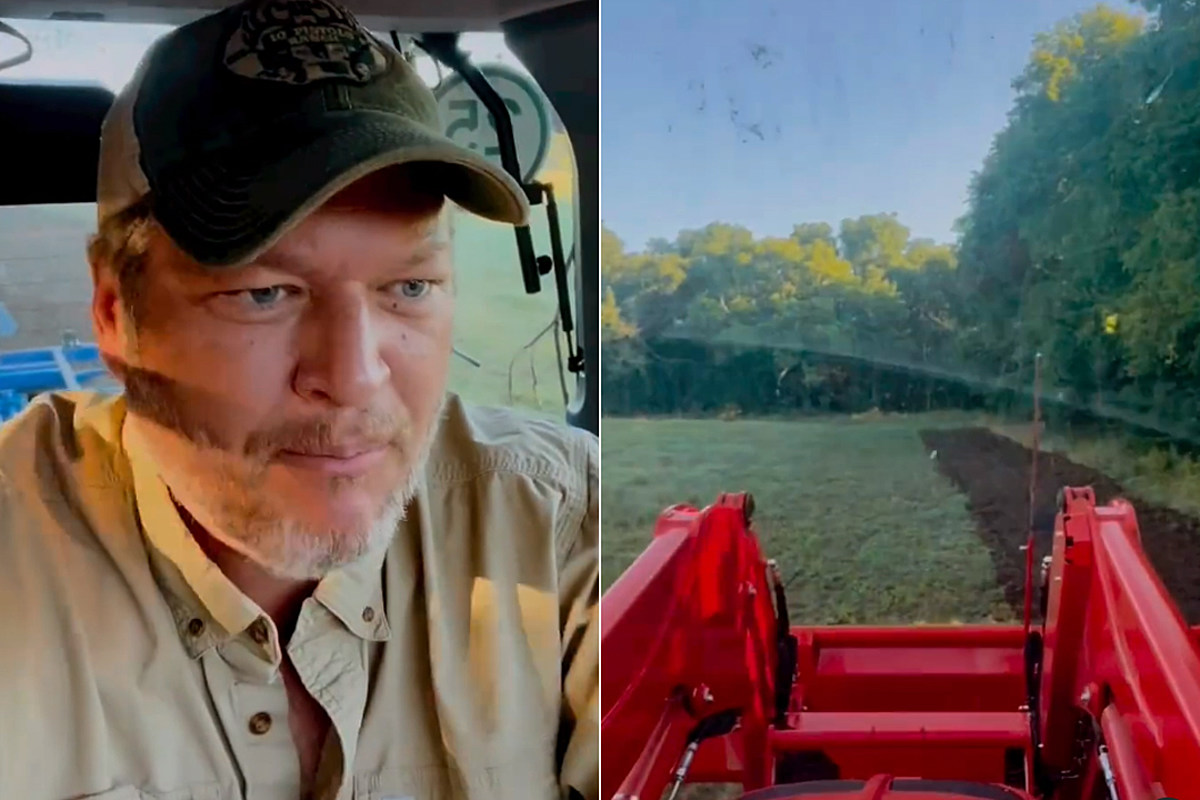 Blake Shelton is back! The country music superstar took to social media early on August 24 to share another video from the field.

While bouncing gently inside his beloved Kubota tractor, Shelton films himself explaining the day’s goal; plow this field!

“It’s not a drill, people. It’s almost September,” Shelton says, noting that like most farmers, he faces the seasonal clock. Shelton concludes the short video with a demonstration before and after: “Unploughed, plowed. Kubota, hauling ass.”

Shelton’s own music plays in the background of the track as he joins the Zac Brown Band for a new joint rendition of “Out in the Middle.”

Press play below to see the clip for yourself!

While we’re sure Shelton could afford to add another piece of Kubota machinery to his roster, the singer lays down love for the brand on thick. He made sure his video had a chance of being seen by the Kubota team by adding a series of hashtags.

For fans unfamiliar with Shelton’s talent for farming, this isn’t the first time the singer has shared a clip from his fields in Tishomingo, Okla. Earlier in August, Shelton posted another Kubota-themed video. In this clip, Shelton took time out of his day to show off the work he does to prepare his food plots for planting season.

When he’s not tending to his land, Shelton is busy nurturing his burgeoning career. Along with promoting his new single, “No Body,” Shelton is gearing up for the upcoming Season 22 of The voice. He joins John Legend, first-time coach Camila Cabello and his wife, Gwen Stefani, as coaches. The voice Season 22 airs Monday, September 19 at 8 p.m. ET on NBC.

In this list of 10 things you didn’t know about Blake Shelton, you’ll learn what the singer thought of his 90s mullet, what his pet peeves were, what songs he sang when he competed in pageants as a kid. (yes, really!) and more.