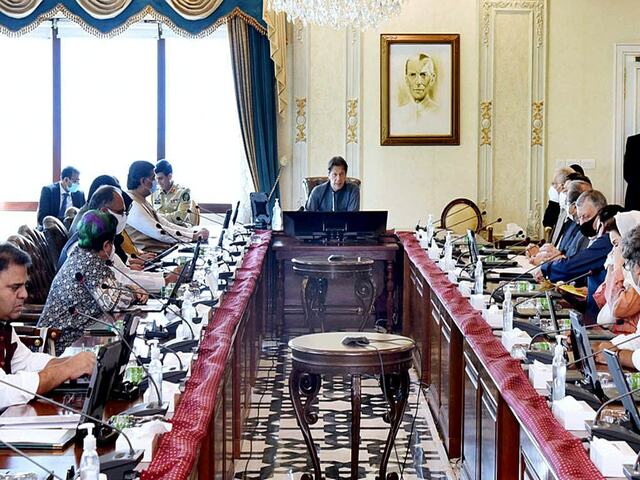 ISLAMABAD: The Federal Cabinet snubbed the Ministry of National Food Security and Research (MoNFS & R) for accusing local tractor manufacturers of creating a monopoly and failing to comply with the removal program.

On October 27, 2021, MoNFS & R made a presentation to Cabinet on the “Plan to Improve Agriculture / Farm Mechanization and Overcome Monopolies” in which it was said that 48% of farmers have tractors in the Pakistan compared to 48% in India, while 17% have diesel in the engines in both countries.

The Cabinet was told that 64 percent of farmers have less than 5 acres while 89 percent have less than 12 acres of land. The problem is the inadequate horsepower of tractor models available between 50 and 85 hp, with only two major local tractor manufacturers having a monopoly in the market at high price and low quality.

The ministry sought policy interventions to ensure that the local tractor industry manufactures a wider range (20-120hp) of tractors and suggested importing suitable tractors by offering incentives in fees and subsidized loans as well as incentives to other tractor manufacturers to start tractor production. In Pakistan.

On the issue of the quality of agricultural implements and the lack of a regulatory framework for monitoring, the Cabinet was informed that the quality standards would be notified taking into account the local situation and international requirements and it was suggested that A monitoring agency should have a strong mechanism to carry out the implementation. .

It was also suggested to encourage the import of precision farming tools by reducing duties and taxes, to provide subsidized loans to establish manufacturing units, especially by giving designated areas in special economic zones. , encourage the creation of service providers equipped with high-end machines and convince R&D institutes. and universities to conduct research.

Private and public technical and professional institutes should introduce training modules for these precision tools for operators and mechanics.

During the discussion, members disagreed with the view of the National Food Safety and Research Division that local tractor manufacturers were monopolies, which did not respect the suppression program and still assembled mainly tractors.

Cabinet members argued that the prices of locally made tractors were internationally competitive, allowing the industry to export to Africa. The problem of the limited power range, however, could be solved by allowing the import of power tractors that are not produced locally.

The proposal to subsidize the importation of tractors met with opposition from the Prime Minister’s adviser on finance and income, as loans to small farmers for the purchase of tractors were included in the Kamyab Pakistan program.