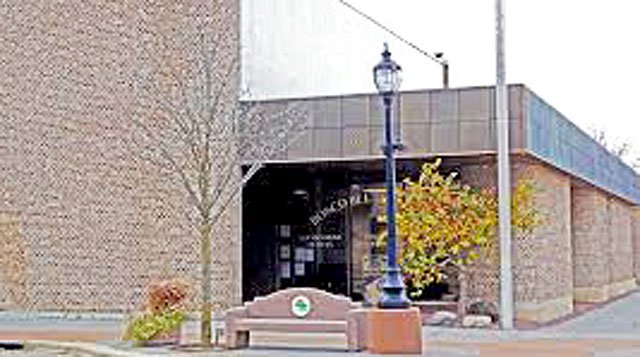 One of the exciting topics discussed was the announcement that with the final ordinance approving traffic laws, the ATV/UTV road crossing the bridge will reach its final stage before the official opening.

“We are still looking at opening in mid-April,” city administrator Misty Molzof said. Molzolf and City Attorney Ben Wood both explained that the final traffic law approval for the ATV/UTV route was the result of the city and DOT going through everything “with a fine-toothed comb” in preparation for finalization. “They want a more precise definition,” Wood joked of the final works.

It was noted that while the route will be approved, it will not be legally open until the permit is in place and signs indicating the route are in place. It was also noted that between 1am and 5am it cannot be used as an ATV/UTV route.

Alderman Brian Kendall questioned the closing times, citing hunters who may have wanted to use the roads to get to their hunting spot. However, it was explained that this period is in the state statutes and cannot be changed.

Police Chief Jaden McCullick suggested a meeting with local ATV/UTV clubs to help pay for the signs. It was further noted by another that the Grant County ATV/UTV Club offered to pay for the signage and that there was an issue with the current signage ordered for Boscobel which is not legal.

City Engineer Mike Reynolds eventually noted that the DOT would order the signs for the city and the city would be billed for them.

The measure was approved.

A loan resolution for capital improvements was also approved at the meeting.

“We had planned to try to wait as long as possible to borrow,” Molzof told the board. “But just after the last meeting, the banks contacted me to say that interest rates had jumped and if we contracted we could lock it in.” Molzof noted that the locked rate was 1.6% with Community First Bank and at the time of the meeting it had already increased to 3%.

Discussions on the need for funding began in December according to the resolution, when the City discussed future planning and the need to borrow funds for capital projects and to meet the needs of the City during the hearing and adoption of the annual budget. On February 22, the Finance Committee recommended approval to borrow $1,000,000 of funds from the local bank at the lowest interest rate, which would be used to cover the next three years of capital projects and the needs of the services, the City having five years to reimburse it.

On March 7, during the council meeting, the council discussed that the funds would be used for the landing stage project, various street projects, equipment, maintenance, heating and cooling of municipal buildings, the needs from the police department for the painting of the swimming pool and other projects that may arise. . Monthly payments will begin on June 1, 2022.

“We have a lot of good things going on and a million doesn’t raise taxes that much,” Molzof noted.

Later in the meeting, during a brief update from Police Chief Jaden McCullick, it was approved to hire Nate Massey as the new full-time police officer for the town of Boscobel.

In other council news:

•It has been approved to advertise a new airport guard.

• The 150th Anniversary Celebrations team is looking for more volunteers

• The request for street/lane closure has been approved for the EMS Benefit tractor pull.

• Street Service noted that new equipment has been ordered for Fireman’s Park with a grand opening scheduled for May.