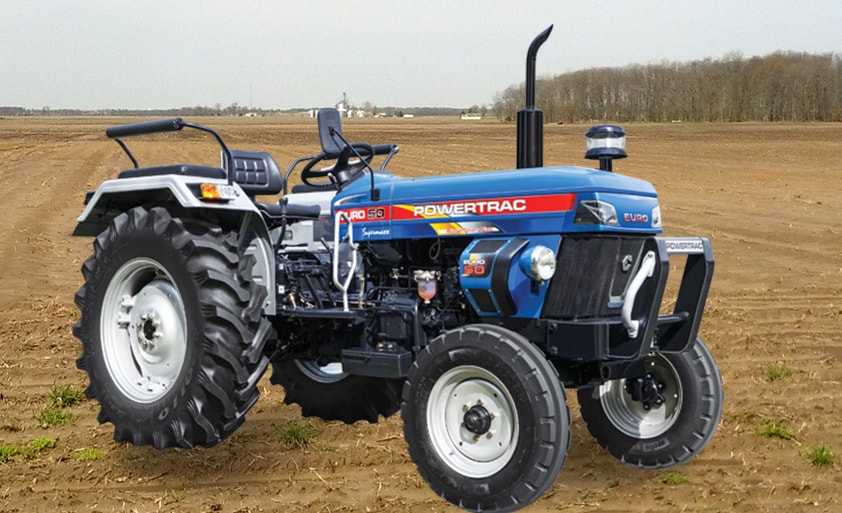 According to a senior official of the company, the main responsible for agricultural machinery and construction equipment Escorts Ltd has planned an investment of up to Rs 400 crore for the current financial year for the introduction of new products and the establishment of a production capacity.

The company, which has started exporting electric tractors to markets like the United States and Europe, expects it to contribute up to 15% of its overall overseas shipments in the next five to the next six years.

“Capex at this time, our initial estimate will be around Rs 350 to Rs 400 crore (for FY23) mainly in both capex on the manufacturing side as well as the product side,” said Bharat Madan, group chief financial officer. Escorts Ltd, at PTI, asked about the company’s investment plans for 2022-23.

This, he said, will be for the creation of production capacity for new products that the company introduces and for which it does not have the capacity in existing lines.

“So we need capacity for that,” Madan said.

“But right now, we are in the process of developing this medium-term business plan, which should be ready by September-October. After that, we will have more clarity (on) the industrial roadmap to the future and how the investments will take place in the next two years.”

Besides building the capacity line for new products, the capital expenditure will also cover supplier capacity expansion, which the company does with its suppliers, where their capacity for the existing component is limited.

“As the domestic volume increases and exports increase, we also need to expand supplier capabilities. We need investment in tooling, etc., which is also part of the investment program,” Madan added. .

Overall, he said, the company currently has an annual production capacity of up to 1.7 lakh units at the group level and that is enough to take care of the “next two to three years”.

Commenting on electric tractor exports, Madan said, “We are exporting now. There is a very good demand. We export now. invest in this segment.

Regarding the export potential of electric tractors, he said, “Our overall exports today are only 7,000 to 8,000 tractors. We are looking at maybe 30,000 to 40,000 tractor exports over the next five to six years. large segment in this area and at least we will have 10 to 15 percent of the number coming from electric tractors”.

Madan said some electric tractors have also been exported to Kubota for testing and they now have good demand from the United States, which is large and running orders.

Right now, he said, the only constraint is on the battery side, as all the batteries come from China.

“We are trying to localize these lithium-ion batteries. Localization will lead to cost savings and the constraint will be resolved. This is a process that is ongoing at the moment and may take a few months. When this is done, the Indian capacity should be settled. Then we can consider larger volumes in terms of export,” he added.

The company is looking to outsource to a third party supplier for batteries in India.

On the introduction of electric tractors in India, he said, “The cost is too high for the domestic market. So I don’t think farmers are ready. The infrastructure is not there, and secondly, the cost is always prohibitive”.

Stating that once localization is done, it will reduce costs and give the company an opportunity to venture into the domestic market, Madan said, “We have the approval of national laws, but we are back due problems (cost and infrastructure).”

Excited about another year and a new era – The Oxford Eagle

Stakeholders explore ways to use pasture production for commercial purposes