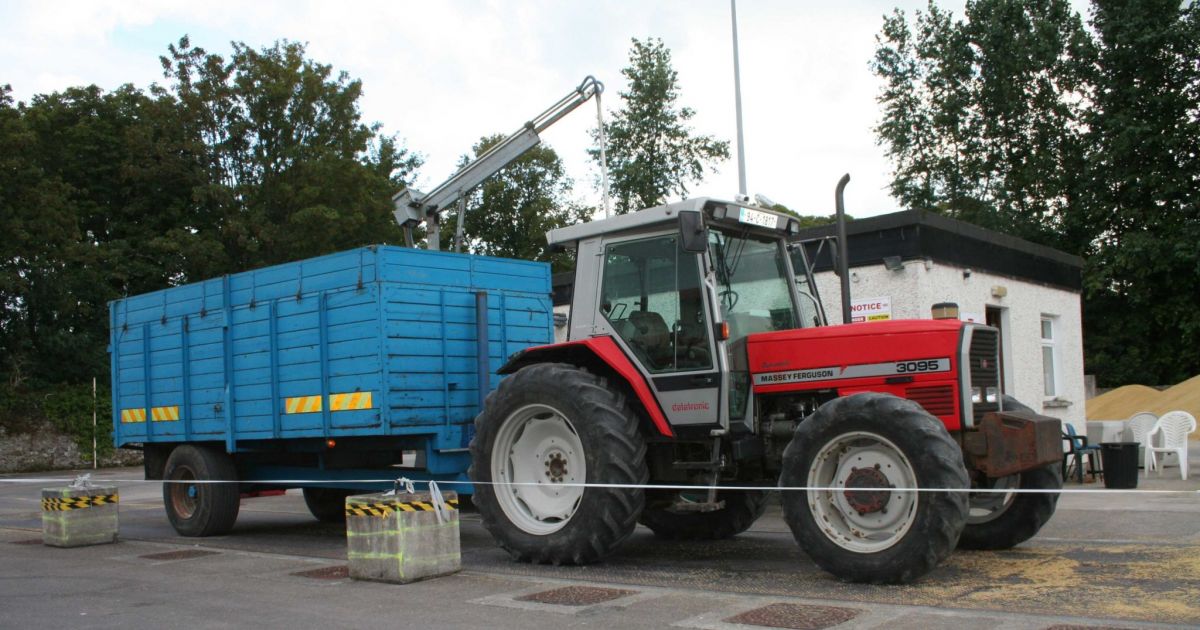 LAUNCHED in 1986, the 3000 Series marked a new era of technology for Massey Ferguson, while setting a benchmark for other manufacturers to follow. Replacing the stop gap 600 range, the 3000 series was a wide range of tractors featuring a radical new design of the frame, cab and transmission.

The second generation 3095, introduced in 1991, brought two major changes. First, the engine was replaced with the cleaner Perkins 1006 engine – naturally aspirated and producing the same power. On later models, the gearbox saw the introduction of Massey Ferguson‘s famous Dynashift transmission, which offered four clutchless gear changes in each gear.

The 3000 series cab was quite advanced with a fully glazed windshield, as well as large side doors with a vertically split lever in the window to open for ventilation. The cabin has a bright feel with clusters of soft color-coded push buttons. Even by today’s standards, the cabin is exceptionally quiet, with sound levels as low as 70d. This is mainly thanks to the tractor’s electronic advancements which significantly reduce the number of levers and cables entering the cab. Some of the technological advancements of the 3000 series tractors included AutoTronic and DataTronic which were written on the lower half of the cab doors.

AutoTronic offers a range of automatic functions designed to relieve the operator of strenuous tasks, including automatic differential lock disengagement when an implement is raised, 4wd braking, 4wd disengagement at speeds over 9 mph.

Aimed at contractors, the optional column-mounted DataTronic display system provides the operator with a scrollable array of information such as fuel/hour, acres/hour, fuel used, forward speed and even more. DataTronic also allows the driver to configure the tractor’s automatic traction control.

Additionally, the 3000 series rear hitch adjustments were fully electronic. Although taken for granted today, draft control, drop speed, height control and sensitivity can all be adjusted using a series of dials mounted on the side console of the tractor. . With great advances in technology, comes great learning curves and although the 3000 series was very successful, some tractors were plagued by electric gremlins, most of which were corrected by modifications.