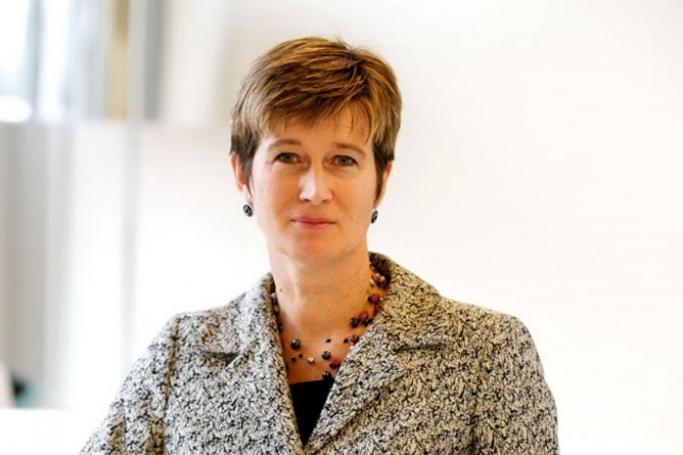 Burmese authorities have arrested the former British ambassador to the country, a diplomatic source said on Thursday.

Vicky Bowman, who served as an envoy from 2002 to 2006, was arrested in Yangon’s mall on Wednesday, the source said on condition of anonymity.

A UK embassy spokesman said he was “concerned about the arrest of a British woman in Myanmar”, without mentioning Bowman by name.

“We are in contact with local authorities and providing consular assistance,” they said.

A source with knowledge of Bowman’s case said the couple were arrested for allegedly violating immigration laws. Each charge carries a maximum of five years in prison.

A junta spokesman did not respond to requests for comment.

Ties between the UK and Myanmar have deteriorated since the military coup in 2021, with the junta earlier this year criticizing Britain’s recent downgrading of its mission in the country as “unacceptable”.

Before becoming an ambassador, Bowman was the second secretary of the British Embassy from 1990 to 1993. She now works as the director of the Myanmar Center for Responsible Business and is fluent in Burmese.

Htein Lin was arrested in 1998 and imprisoned for allegedly opposing the then junta regime.

After his release in 2004, he came to the attention of then-ambassador Bowman for a series of paintings he had done in prison, using contraband materials.

She persuaded him to let her take the paintings for her own safety, and the couple married in 2006.

“This is a provocative step for the regime to take,” Richard Horsey of the International Crisis Group told AFP.

“Vicky and Htein Lin are hugely respected and have contributed so much to Myanmar over the decades. The fact that Vicky is the former British Ambassador adds even more seriousness to this matter.”

The British government has sanctioned several companies and individuals linked to the military following the military takeover last year, which sparked mass uprisings and a bloody crackdown on dissent.

On Thursday, the UK announced new sanctions against companies it said helped raise funds for the military during its 2017 crackdown on the predominantly Muslim Rohingya minority.

Dozens of foreign nationals have been caught up in the junta’s crackdown following its takeover.

Japanese filmmaker Toru Kubota is currently being held in Insein prison, after he was arrested near an anti-government rally in Yangon last month.

He is the fifth foreign journalist to be detained in Myanmar, after US citizens Nathan Maung and Danny Fenster, Robert Bociaga from Poland and Yuki Kitazumi from Japan, all of whom were later released and deported.