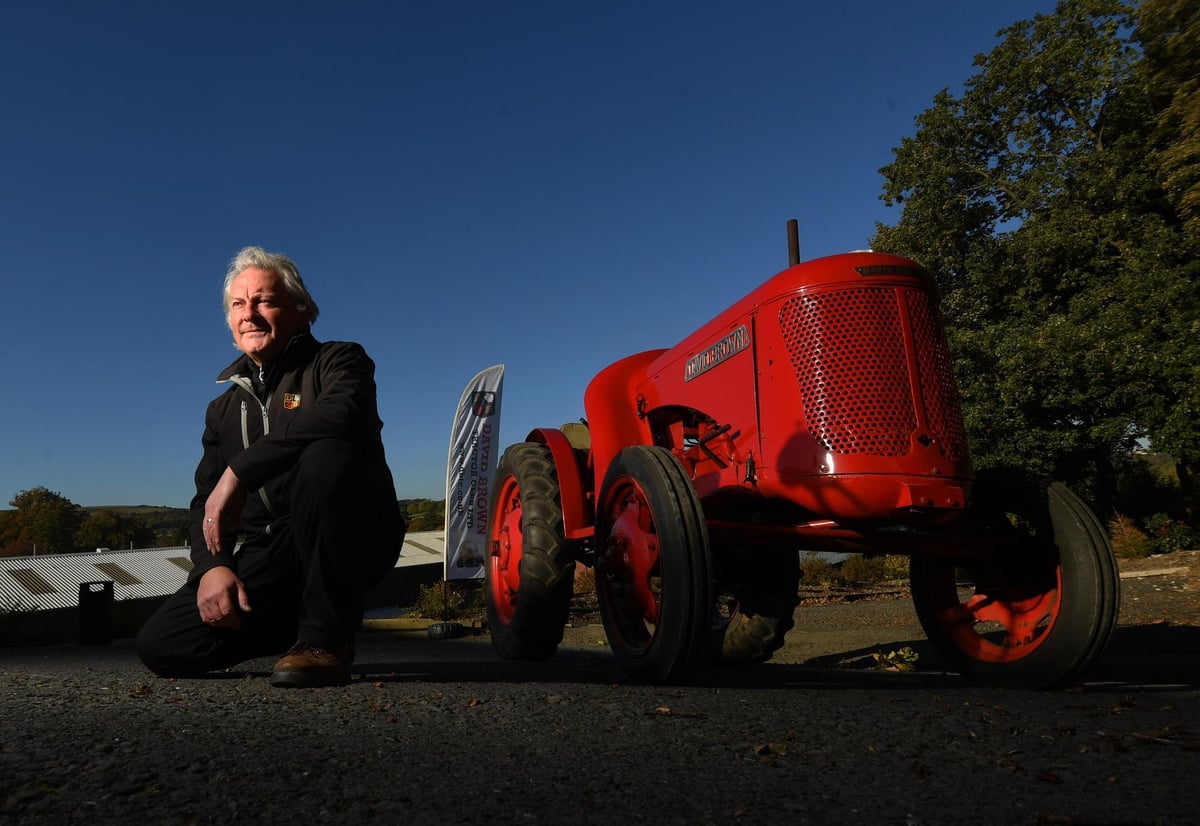 Generations of people – 4,000 at its peak – created these legendary reliable vehicles and there are still many who remember the company fondly. Some are still involved with the David Brown Tractor Club which has a base in Meltham at the company’s former factory.

Saddleworth Hilltop native Roger Brereton says the magic of David Brown still has a hold on people who remember the company fondly.

“There’s a real mix of people in the group, from those who worked for the company to those like me who remember tractors from my childhood,” he said.

Roger Brearton pictured on a 1943 David Brown Vak1 tractor, this model was the first designed and built by David Brown at the David Brown Tractor Club Museum, Meltham.

“People always come to see us with stuff they found in their attic and ask if we want to display it. There is a real craze.

“We welcome people from all over the world to the centre. We have a group from Scandinavia coming soon and we’ve had some from Austria, Canada and the United States.

The club has been in existence for a long time but has recently moved from another site in Meltham to the current site where around 20 tractors are on display, together with information such as the Queen’s Export Award and brochures.

In 1977 the 500,000th tractor was built and it featured in the Queen’s Silver Jubilee celebrations. It was auctioned off for charity and recently resurfaced when it appeared in Runnymede as the Queen’s funeral procession passed by.

The company was run by David Brown and started as a joint project with Harry Ferguson. Mr Brown then severed the partnership and left on his own. It became one of Britain’s largest post-war tractor manufacturers.

The company blazed new trails that others were only to follow later, but being a pioneering company ultimately led to its downfall.

He took over the Harrison, McGregor & Guest Ltd of Lancashire, which produced the Albion brand of agricultural machinery to complement the tractor product range. After the takeover, the company badge was changed to incorporate the white rose of Yorkshire and the red rose of Lancashire.

The Tractors firm had 10 subsidiaries around the world. But a recession saw tractor sales slump, and after weathering the storm and with debt from a brand new building and production line to finance, it was inevitable the business would go up for sale. , acquired by Tenneco which also owned the American tractor company. JI case.

Any hopes of the factory prospering were dashed when it was announced that survival was a competition between Huddersfield and the International Harvester tractor factory in Doncaster, with the odds in favor of the latter, particularly with access to the motorway network. The Meltham factory ended production and a respected British name was erased.

The club hold an open day on Sundays from 10am to 3pm at their headquarters at Unit J2 on the Meltham Mills Industrial Estate at Knowle Lane, Meltham, HD9 4DS. E-mail [email protected]