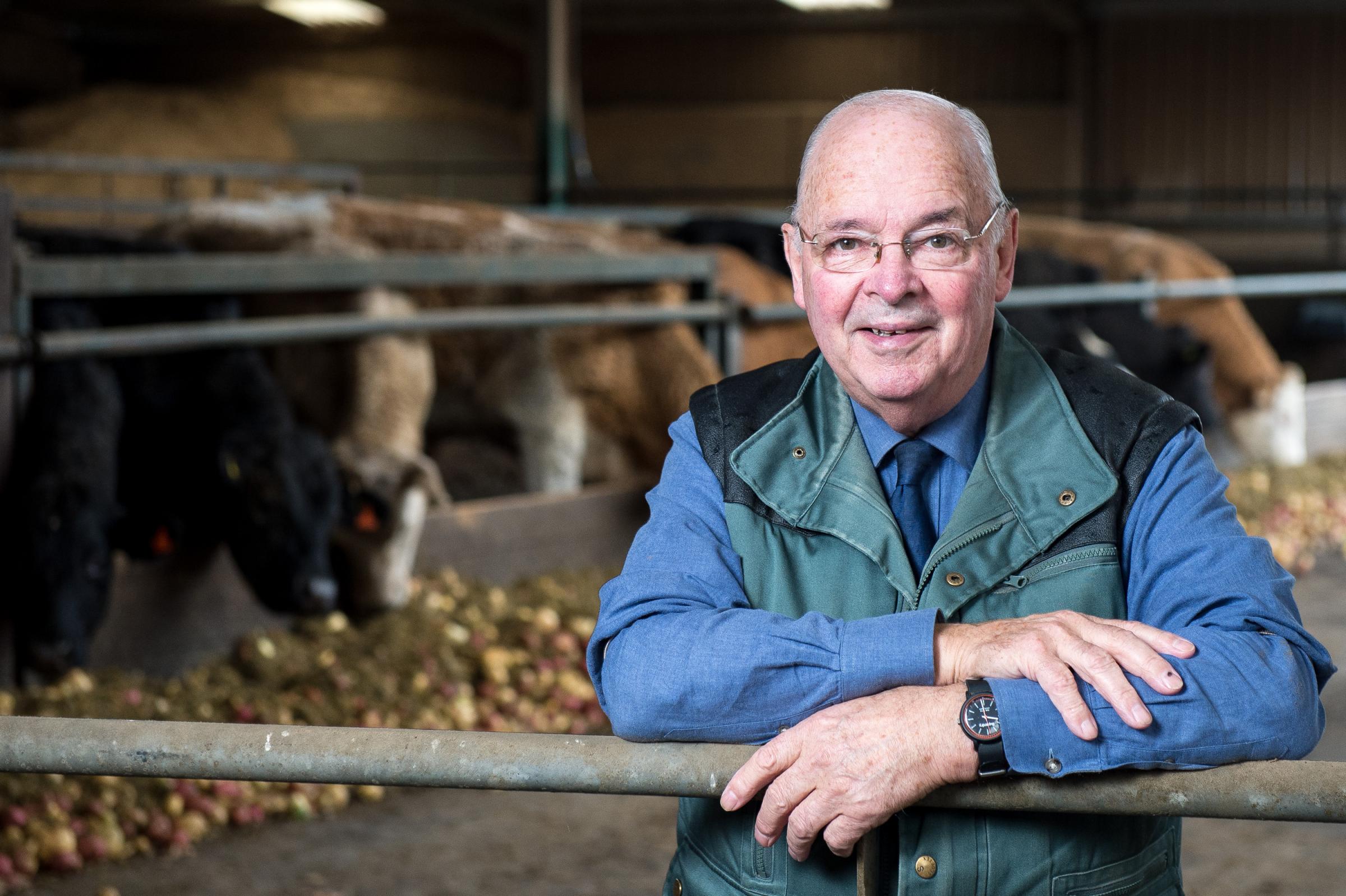 How close are we to food rationing? I well remember as a child that after World War II, gasoline and, more importantly, sweets, were rationed. One Saturday, we were assigned our three treats, to last us all week!

We had petrol rationing again when I was a teenager, during the Suez crisis when Anthony Eden was prime minister.

This time it’s more likely to be bread first, followed by fuel and that’s only if we don’t have World War 3, all because another Hitler in the form of Putin wants to control the oil, gas and grain from Europe.

If it isn’t stopped and World War III breaks out, we won’t have to worry about climate change because there won’t be enough humans left on planet Earth to cause any pollution!

With a bit of luck. it won’t happen and stupid politicians, especially here in the UK, will realize the need for this country to be self-sufficient, first in food and then in fuel.

The catastrophe in Ukraine, with the loss of thousands of lives and millions of businesses and homes, must surely mean that our politicians must prevent the catastrophe caused by dictators whose minds seem to be at odds with common sense!

Having said that, I wonder what is going through the minds of some Holyrood politicians, who do not want to extract the millions of barrels of oil and gas from the North Sea, particularly in the Cambo field and in the same blast, denying the expansion of Wind Farm 39 on the Monadhliath Mountains, south of Fort Augustus, all because of opposition from “benefactors!” “.

So much for their promises to develop renewable energy to replace oil and gas. It would be better for those Holyrood clowns to listen to Fergus Ewing who has argued that North Sea oil and gas will remain an essential part of the UK’s energy mix in the transition to net zero over the coming decades .

The current crisis further highlights how crucial domestic supplies are to our energy security.

Holyrood must take a leaf from the book of Ireland and plow every acre, including the ground for newly planted trees; stop all fallowing and focus on food production before it’s too late.

Ireland has set up a separate committee to coordinate increased food production to reduce imports. If we don’t get rid of these unelected Greens from the government, we will have ration books much faster than expected!

This brings me to all the so-called trade deals that the smart hooves of Westminster are trying to make, especially with Australia and New Zealand, where the values ​​of beef and lamb are no different of those here. Did they forget to take into account the cost of transport to bring it to the other side of the world?

A container of produce from China that I heard about the other day two years ago was £600 – today it’s £18,000 and for a container at room temperature. How much more will it cost in a reefer container with today’s fuel values?

The idea that we would get cheap food from all over the world is now over.

Last month I gave you beef prices at various supermarkets but I have no more room to tell you about my observations at Asda, Cumbernauld, at 2pm on a Sunday.

It’s a big Asda. It was busy and there was a long aisle of beef on one side with pork and poultry on the other. I stood at the end to observe customers’ shopping habits and, bearing in mind that on average, beef was about three times more expensive than pork or chicken, I was pleasantly surprised to see that probably 80% of people were choosing from the beef aisle.

The other interesting aspect was that of four people I spoke to, of varying ages, to ask what they were looking for as they browsed the steak shelves, the answer was, beef well marbled because tasted better.

Now, for years, doctors and other “professionals” have told consumers that we should eat lean meat. Have we reached a turning point showing that the consumer no longer listens to health experts, but wants to buy what they love, the best tasting food.

I realize that a poll of four doesn’t prove much, but last April I was given the same answer. Unfortunately, the steaks on the shelves of most supermarkets are about as inconsistent as you might find due to our EUROP grading system which does not take into account taste, flavor or succulence. It only recognizes the shape of the animal, which is why customers have to choose the tasty beef of their choice.

It could well be that the slaughterhouses I wrote about last month want cattle rather than trees! The big question is how to strike the right balance when inflation is rising so rapidly.

Each cost is increasing at such a rate that it is impossible to keep pace with the changes. So where does the price of beef have to be, just to cover costs?

A question almost impossible to answer. All I can say is if the finishers are covering their costs they’re in luck, if you make margin you’re an exception and if you lose money you’re in the same boat than the majority!

I was asked the other day if £5/kg was enough deadweight? If you take all the costs at today’s values, it’s doubtful. I only know of four countries that are £5 or more and that is Japan, Iceland, Australia and Germany.

There is one thing for sure and that is that beef globally is becoming scarcer and there are several reasons – growing demand, fewer suckler cows, especially in Europe, and cattle are being slaughtered on average by 5 kg less, thus reducing the total amount of beef. available.

Will this change? Unlikely, even with sexed semen used on the top 25% of dairy herds, and the rest being put into beef bulls, this will not be enough to offset the decline in suckler cows.

The other problem, especially with Aberdeen-Angus heifer calves from Holstein cows, it is impossible to feed them and not lose money!

I know the dairy industry faces many challenges, but this incident happened recently at a large dairy in central Scotland after milking ended. Four Bulgarians had been working and milking there for some time.

They approached the owner and informed him that they had completed their last milking as they were all leaving that night to go to Essex to pick vegetables for more money per hour, than any milk producer couldn’t match and they were paid £500 just to shoot on top!

There is another cattle and sheep unit, also in central Scotland, where four people were interviewed over a two-week period. None of them lasted more than three days after being offered more money outside of farming.

The following story is more understandable. Five Ukrainian workers left farms in Angus to return home and fight in the war.

On a lighter note, two weeks ago today (Saturday) I was back at my first show in over two years. Clyde and Central YFC held their calf show at the Caledonian Market as reported last week.

Three aspects were encouraging – The number of next generation participants; the way their calves were presented; and how well they turned out to be themselves. It was great to see the young guys with proper ties, and the girls were always well dressed. Good game!

QMS seems to be in the line of fire. For the past two months, I’ve fired a few warning shots through her bow and no one seems to be listening.

Luckily I didn’t need both barrels, because last week at a meeting in Aberdeenshire Patrick Sleigh expressed our concerns in no uncertain terms. It was about the Farm Assurance side which went from 24 pages in 2011 to 54 this year, which is totally unnecessary.

In the year before the lockdown, this farm underwent seven inspections, all reviewing the same documents and asking the same questions. It was only the Farm Assurance side that was discussed in Aberdeen, where there was clearly no need for revised standards.

Neither QMS nor Red Tractor has done their reputation any good by not listening to the taxpayers who largely fund their organization. When it comes to the marketing and promotion aspects, the jury is out, but it certainly needs to get back to the fundamentals of promotion and marketing, using money used elsewhere!

For those tracking rainfall, my 30-year average is 21 inches. Last winter from October to March was 23 inches which is slightly above my long term average. This means, in my opinion, that if we want to have an average year, there are still 15 inches to come during the summer!

Finally, as I write these thoughts with the clocks moving forward on this perfect sunny Sunday morning, I have to think about this pointless war in Ukraine hoping it ends soon for the sake of some wonderful people in a country not far from we.

When it comes to farmers, I don’t think many of us have experienced times like this in our industry.