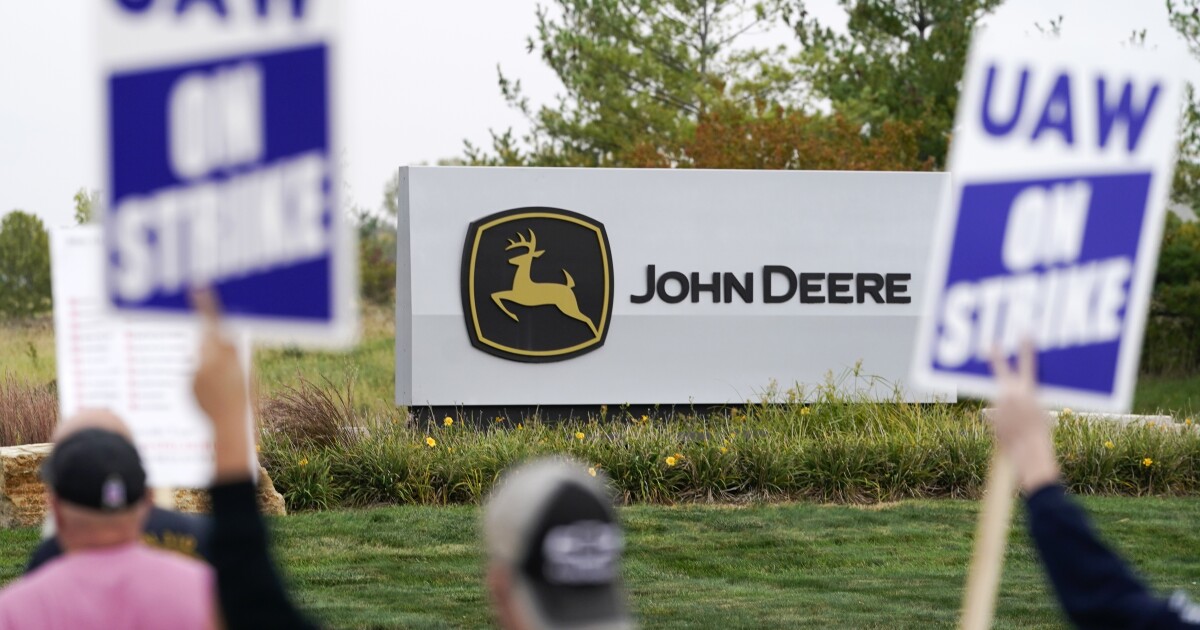 But a UAW strike that began on Oct. 14 will continue – and details of the proposed contract will not be disclosed – as workers study the terms of the deal ahead of the vote.

The pact would cover more than 10,000 production and maintenance workers at 12 Deere sites in Iowa, Illinois and Kansas.

The strike began after UAW workers overwhelmingly rejected an initial contract proposal that would have secured immediate increases of 5% for some workers and 6% for others depending on their position in the Deere factories. The pact also provided for increases of 3% in 2023 and 2025.

After the rejection of the first agreement, “UAW negotiators focused on improving areas of concern identified by our members,” said Chuck Browning, director of the union’s farm equipment department.

Negotiations on the contract come as strong sales this year helped Deere, based in Moline, Ill., Report a net profit of $ 4.7 billion for the first nine months of its fiscal year, or more double the $ 2 billion announced a year ago.

The company expects to earn more than $ 5.7 billion this fiscal year.

The week in Iowa | Govt. and politics