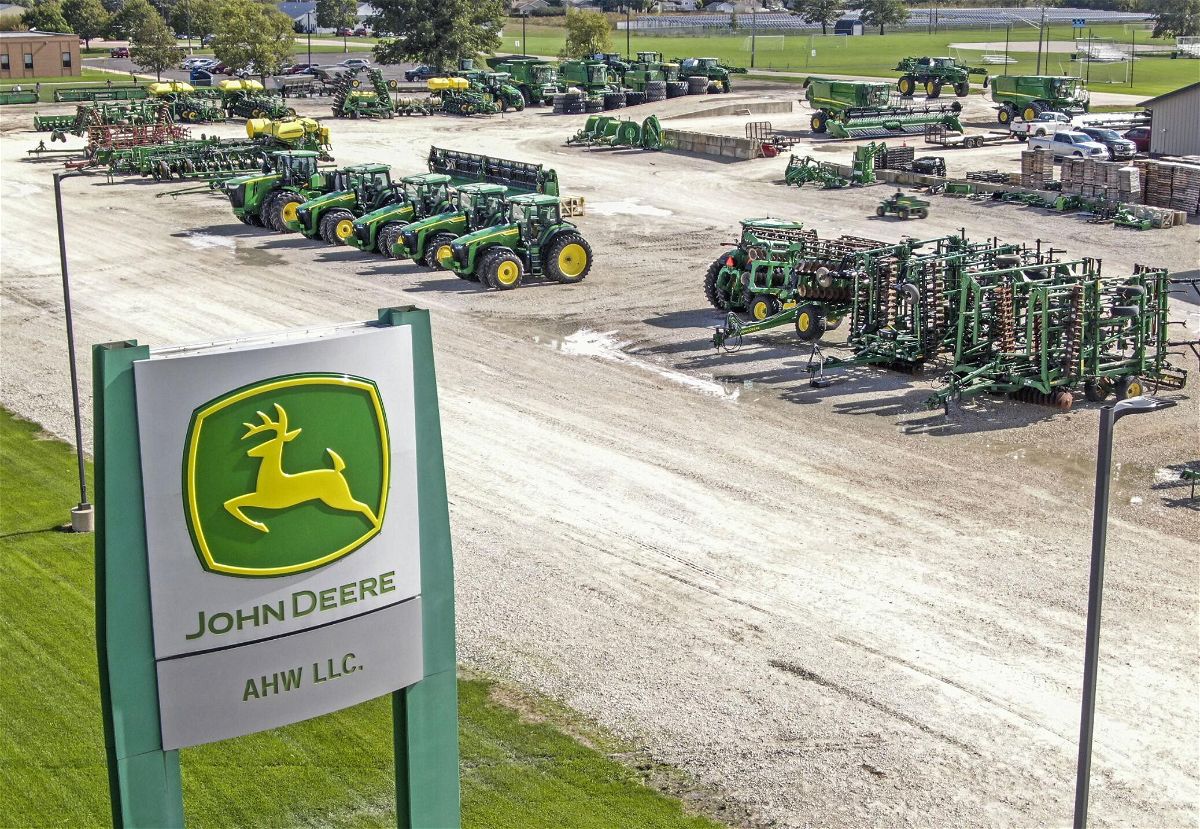 The Midwestern farm and construction equipment maker posted an annual net profit of nearly $ 6 billion, more than double the $ 2.8 billion it earned a year earlier and easily erases its profit The previous fiscal year record of $ 3.5 billion reached in 2013. The company said it expects to earn between $ 6.5 billion to $ 7 billion in the current fiscal year.

“Our results reflect strong end market demand and our ability to continue to serve our customers while managing supply chain issues and conducting contract negotiations with our largest union,” said CEO John May. “Last week’s ratification of a six-year agreement with the UAW brings our highly skilled employees back to work building the best products in our industries. The agreement shows our continued commitment to providing the best salaries and benefits. “

The company reported quarterly revenue and earnings that easily beat both the previous year’s results and Wall Street analysts’ forecasts. Deere shares rose 2% in pre-market trading on the basis of strong results and forecasts.

More than 10,000 members of the United Auto Workers union were on strike from October 14 to November 17. This only affected the last two weeks of the fiscal year which ended on October 31. Deere did not break down the cost of the strike during the quarter or overall in its earnings report.

The strike lasted so long because grassroots members rejected the first two tentative agreements reached between Deere and the union’s bargaining committee. Many members felt that the company was doing well enough financially to be able to afford a better deal than what was offered.

The strike was closely watched nationwide and was seen as an example of unions and workers showing creativity in an era of tight labor markets.

Last week, members finally ratified what the company called its best and latest offer, an offer similar to the second offer that was rejected two weeks earlier. The new contract includes an immediate 10% raise, a signing bonus of $ 8,500, two further 5% increases during the term of the contract, three lump sum payments equivalent to 3% of annual salary and a cost adjustment. life to protect workers from the impact of rising prices.