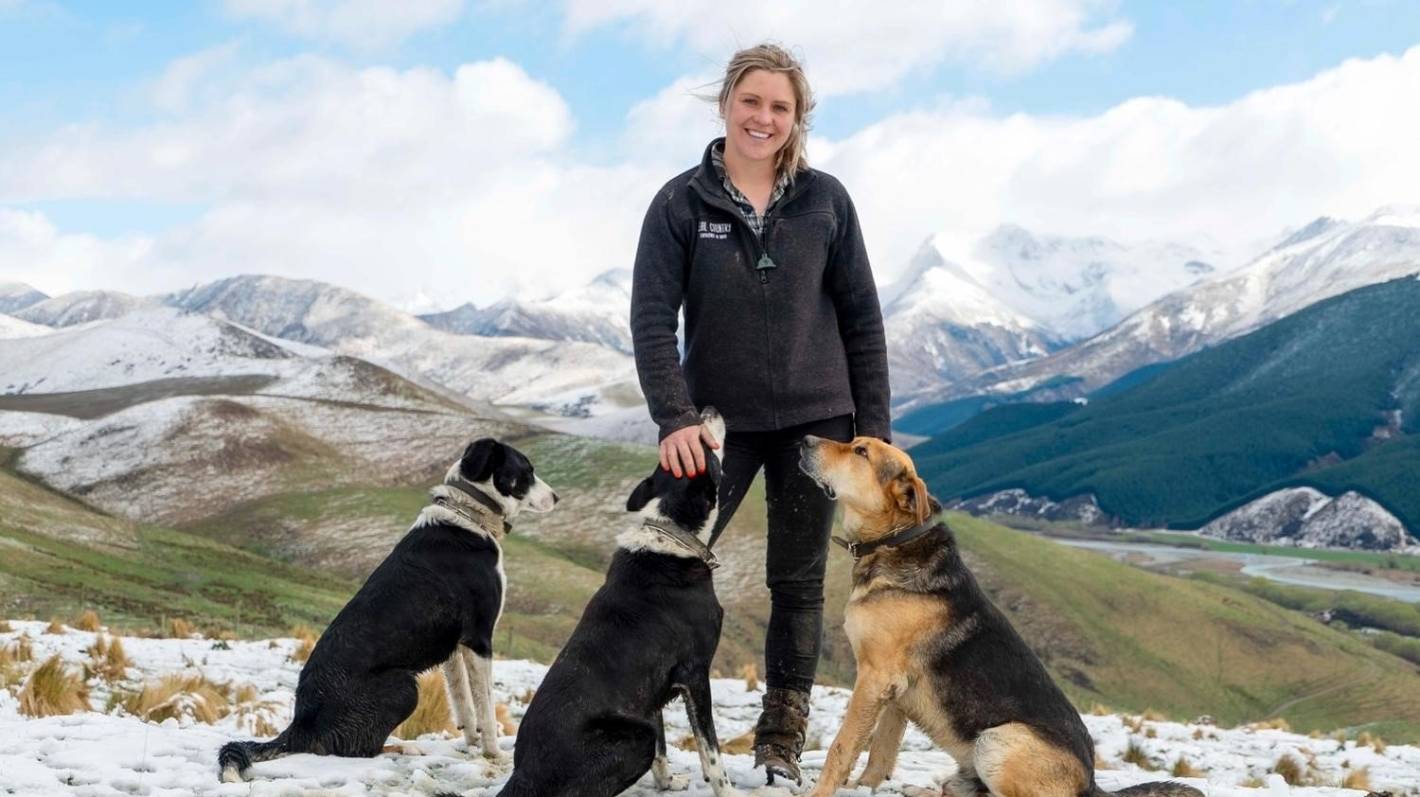 This story was first published by Women.

Five years ago, Laura Koot traded finance for farm life and set up workshops to build women’s confidence while teaching them practical skills. Now she talks to Sharon Stephenson about the pandemic panic and her new training institute.

If you stand near the foot of the Remarkables, with the Mataura River behind your back and the majesty of the stunningly green Otago Hills in front of you, you will likely spot Laura Koot to your right.

Laura is unlikely to relax and enjoy the bucolic view. Instead, the 34-year-old will fix fences, clean horses, and overturn a fully loaded trailer – or teach others how to do it.

READ MORE:
* Whip-cracking Southern woman switches from tourism to agricultural education after Covid hit
* A businesswoman rediscovers the love of the land in Country Calendar

It’s Real Country, the company she started in 2016 to share what she calls “the real New Zealand” and help women and girls gain self-confidence.

“I created Real Country to teach hands-on skills to Kiwi girls and women,” says Laura, her dense conversation with the rolling Rs of the deep south. “Confidence is not something you are born with, but it can be learned. I’m living proof that doing unfamiliar tasks in a safe and fun environment can help build confidence.

To some city dwellers, these tasks can seem as far-fetched as a date with David Beckham: starting a tractor, cracking a whip and firing a gun.

“It might be totally out of your comfort zone, but that’s the point. It’s about learning new practical skills and having fun while doing it, ”says Laura of the one-day agricultural skills workshops she runs for women, as well as the ironically named workshops. Southern Girl Finishing School for girls ages 11-16.

It also offers rifle shooting and deer stalking workshops that teach participants how to stalk, kill and slaughter ducks and deer, as well as bush survival skills.

There is clearly a need for the workshops, with Laura estimating that over 200 people have signed up since she started.

“A generation ago, almost everyone had parents who lived on farms, where you could vacation. But as New Zealand has become more urbanized and fewer people operate farms, there is now a huge divide between urban and rural Kiwis, with many city dwellers unaware of how a farm works or the importance of farming. for the New Zealand economy, ”says Laura. .

“I realized there was a real need for people, especially women, to get out of town and feel the dirt under their feet and learn things they might not have. never thought I could do. “

The workshops are run from a 6,000 ha farm in Kingston, a village of about 300 people at the rump end of Lake Wakatipu, near where the Otago and Southland borders meet. .

It’s just a five-minute drive from the home that Laura owns with her husband Dan Koot, a 38-year-old independent builder. The farm is owned by his friend Tim Taylor, who leases part of his land to Laura’s agri-tourism business. This is also where Laura grazes her two horses, a pony, two deer, six sheep and seven alpacas.

Go back in time to the start of last year and everything was perfect in Laura’s world. The workshops were full, she was busy planning her wedding to Dan, and buses packed with foreign tourists made the 40-minute trip from Queenstown to enjoy farm tours.

But then Covid-19 hit and Laura lost 80% of her business overnight. “The Contiki buses stopped coming and I had to face the fact that most of what I had worked for was gone.”

That meant getting rid of her full-time staff member, along with half of her pets, which friends have taken in. Sometimes I had to start at 2:30 a.m. and it was exhausting, but it gave me time to think about what to do next.

Her idea was to try to put NCEA credits around her workshops, to formalize her immersion in agricultural education for women. Then the phone came on and it turned out others had had the same idea, including the owner and manager of Fairlight Station, a historic 2,000-acre farm in the highlands.

“We thought about what an agricultural training institute might look like and ended up with the Fairlight Foundation, which offers three women a one-year introduction to farming life, including lambing, calving and mowing, as well as other farming skills like fencing. They will come out with agricultural qualifications.

Laura is the foundation’s executive director, a role she performs alongside her workshops. “I discovered that my passion is teaching others and building self-confidence, so this is the perfect mix for me. “

Although Laura seems at home in her Red Band and Swanndri rubber boots, not so long ago her world was all made up of stilettos and spreadsheets.

She and her younger brother, an orthopedic surgeon, were born on a sheep and deer farm in Mossburn, a town halfway between Queenstown and Invercargill. Their parents divorced when Laura was six, a time she describes as troubling. “It was a happy childhood, but I didn’t have a lot of self-confidence or dreams for the future.”

Laura graduated from the University of Otago with a health science degree, but spent more time working in hospitality trades that she loved than studying. “One night I was serving a drunk doctor who told me I was lost in the hospital, that I should do an MBA – I had to google what an MBA was!”

Always up for challenges, she enrolled in the one-year Masters in Business Administration, one of the youngest in New Zealand to undertake the qualification. It was a stepping stone to a career in corporate finance in Wellington.

When her then boyfriend, a professional rugby player, was posted to Ireland and then South Africa, Laura followed him, working in advertising and real estate. “I loved what I did, but always felt like something was missing. I wanted to run my own business helping others.

The opportunity presented itself a few years later, when friends asked her if she would take a group of women pig hunting.

“They had seen their boyfriends go pig hunting, but they didn’t want to embarrass themselves. They asked for help so I took them hunting and gave them advice like not to shower or use perfume before a hunt because pigs can smell it.

Laura enjoyed the experience so much that she ultimately turned it into Real Country.

“I often visit schools where I tell young women how important it is to find their passion and follow their dreams. I hadn’t known for a long time what my passion was, but I’m so glad I finally found it and can share it with others.