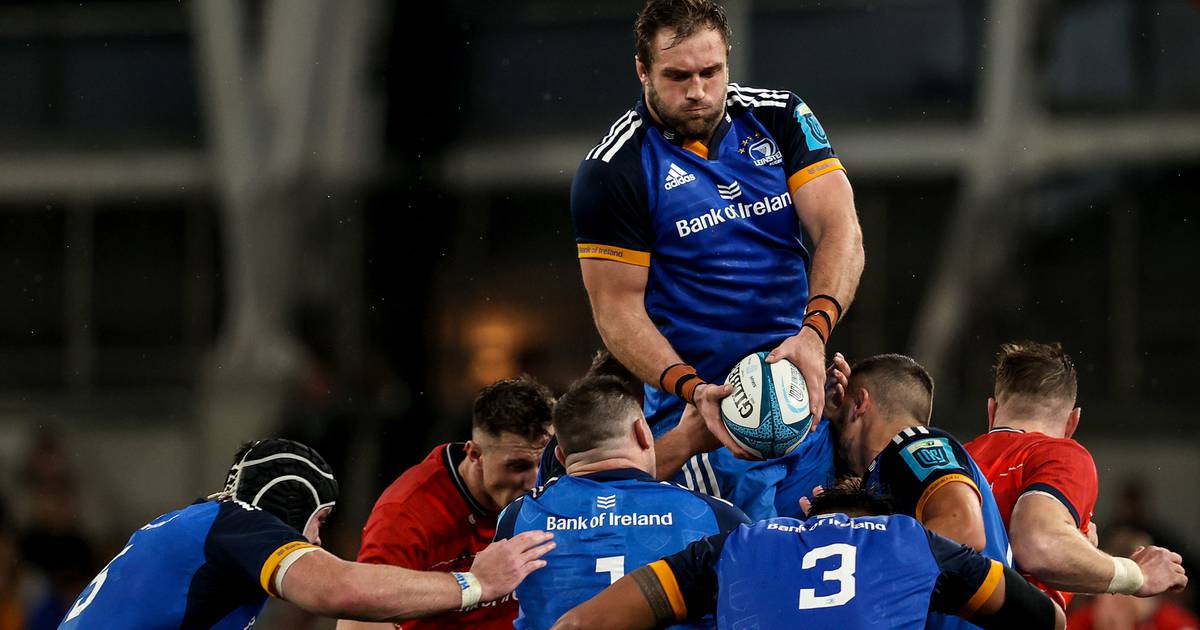 Leinster’s 6’8′ second row Jason Jenkins, who joined the province this season after playing with Munster, was recalled to the South African squad for the November internationals four years after making his debut in test.

Vermuelen, who moved to Belfast last season from the Blue Bulls, has played 63 times for South Africa. Nienaber and director of rugby Rassie Erasmus have opted to ‘rest’ the 36-year-old for the four-test European tour.

“Manie and Sacha have shown what they are capable of at United Rugby Championship and Junior Springbok level, while Jason has been in fine form for Leinster, and we are delighted to see them called up to what is a widely established side. “, said Nienaber.

The world champions have chosen a 35-man squad for their game against Ireland next Saturday in the first of the fall playoffs.

After the Irish Test, the Springboks will play three more internationals against France (in Marseille on November 12), Italy (in Genoa on November 19) and England (in London on November 26). They are also taking a 19-man ‘A’ side for their two-game tour against Munster and the Bristol Bears.

“We are playing three of the top five teams in the world in Ireland, France and England, and we are building our squad for next year’s World Cup at the same time,” added Nienaber. “So it was important to maintain consistency in the squad while rewarding a few talented young players for their consistent form this season.

“The fact that a few key players were ruled out through injury also played a part in this process, but we know what we have in those players, and it gave us the opportunity to see what the next generation of players can do at this level. It will bode well for the Rugby World Cup and beyond.

The full Springbok squad are set to meet in Dublin on Monday, while the South African ‘A’ players travel to Cork next weekend to begin preparations for the midweek games, where they are expected to be joined by coaches and players of the main Springbok team.