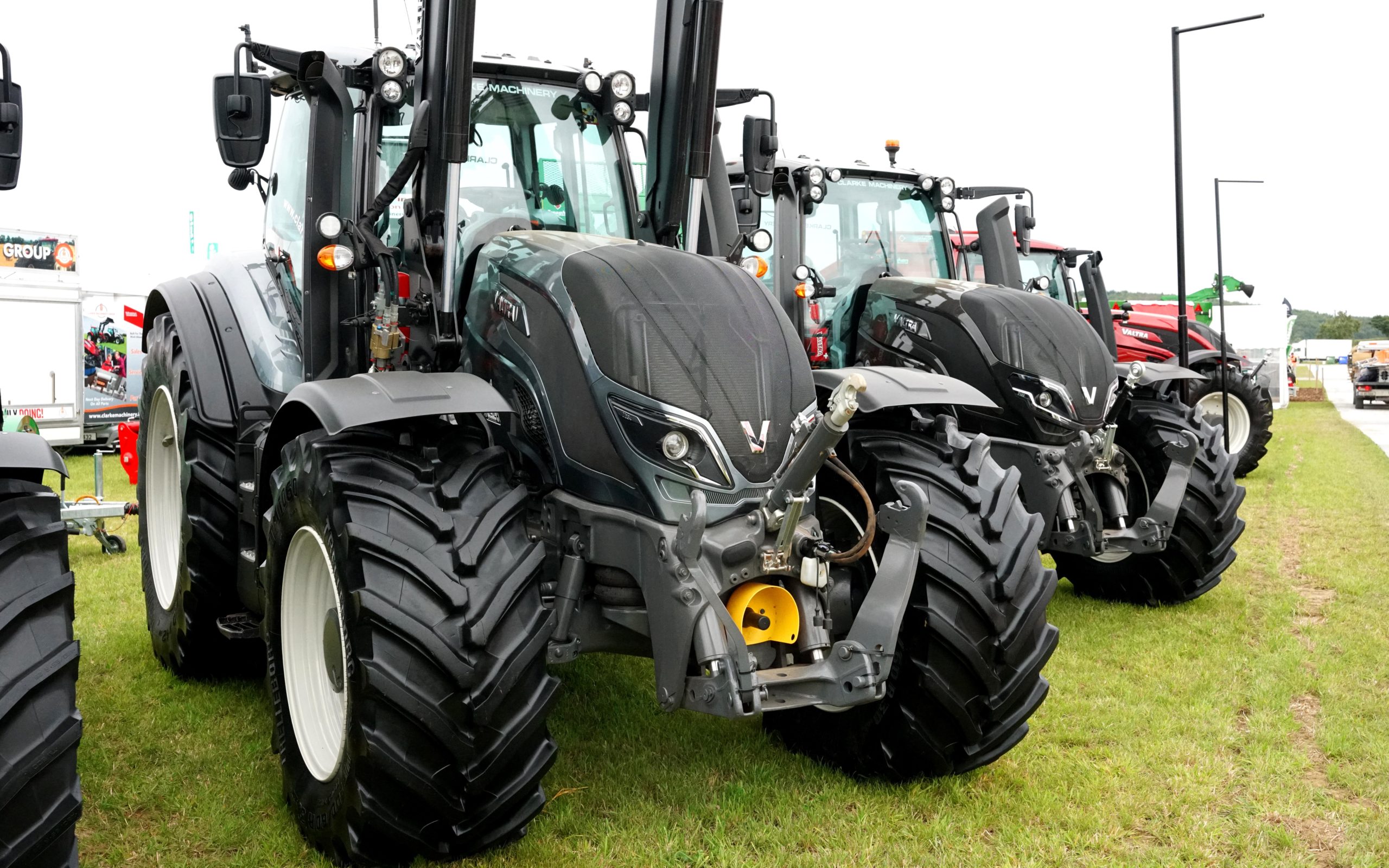 The long-awaited return of the annual National Plowing Championships takes place this week (September 20-22) and, as always, a good selection of machinery is available to farmers and contractors.

Agriland took a sneak peek on Sunday (September 18) to see which machines are new to the scene, and which others might be in public view for the first time, despite having launched at some point in the last two years.

One of the most intriguing stands was Kubota’s displaying a new round baler and mower.

Although both seem to compete with the range of its subsidiary Kverneland, these machines seemed aimed more at the regular farmer than the intensive user.

Manitou has brought two interesting new machines for farmers. The first is a new lightweight telescopic loader that can be towed while maintaining a 1.25 lift capacity.

At the other end of the scale is an 11.5t handler that can lift 6t and fill a grain truck in minutes.

As a progressive Valtra dealer, Clarke Machinery naturally had a good presentation of Finnish tractors on its stand, which includes the latest G-series of machines for the medium-sized farm.

Rear discharge spreaders from Ktwo were also on display on the stand, these belong to a range of UK built trailers which may be unknown to many in Ireland.

Landini has endeavored to update its range and invest in its Irish distribution network in a bid to build on its heritage and increase its market presence.

The latest 4 Series models are on display at the Plowing, designed to suit the rancher and feature a small “torque” four cylinder engine as opposed to the three cylinders normally found in this power rack.

The company is also showcasing its latest single mower set which at the moment only includes the two rear units with a front mounted item expected to be available soon.

Slurry Quip has brought their new Orthros boom which can be used as a single 24m unit or two 12m booms.

It is a substantial tool that is built for sturdiness and versatility. It is equipped with a telescopic extension allowing it to cover both tramline widths.

This is just a small selection of what is new this year at Labour. There is a lot of innovation and development work going on behind the scenes, as always.

Besides the main stands, many other companies offer new products designed to bring greater efficiency to agriculture.

Certainly worth checking out many smaller stalls which may not have large pieces of machinery parked on them.

There is love in this world for you