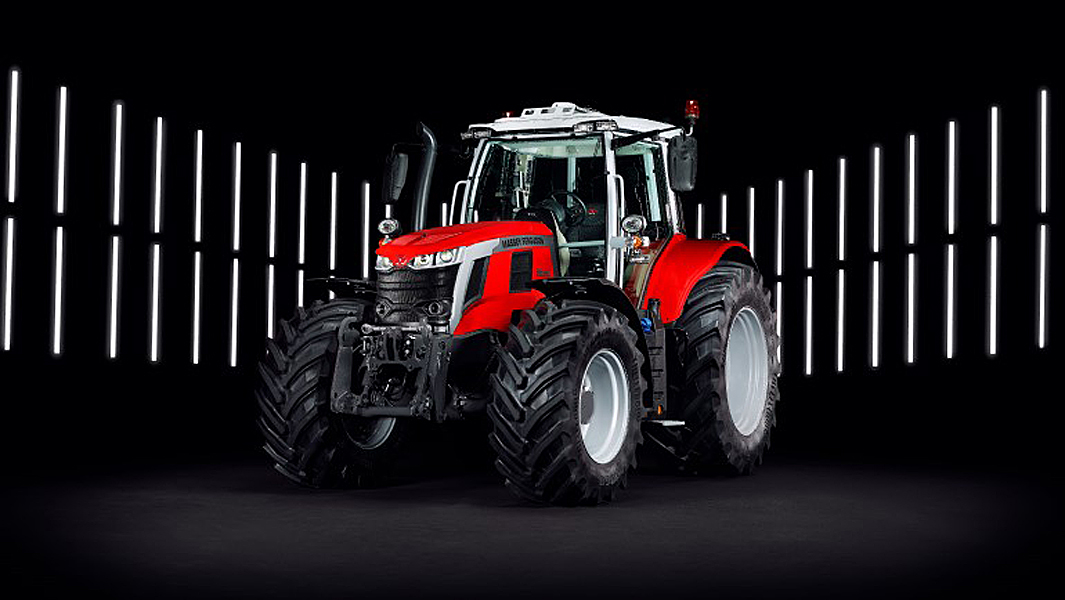 The Massey Ferguson 7S tractor series covers the upper end of the midrange carrier, with machines starting at 155hp and stretching up to 200hp.

With the introduction of the latest 210bhp model in the lineup, the company broke that ceiling and created an overlap with the 8S series which starts at 205bhp.

The new 7S.210, however, retains the compact dimensions and AGCO 6.6L six-cylinder engine of its four siblings in the 7S lineup.

Meanwhile, 8S tractors with heavier chassis are aimed at customers who need a sturdy tractor on which to mount heavy implements that require high power input.

The company also points out that that doesn’t mean the new tractor is a bit tricky for the vagaries of farming life. Noting that it is quite capable of handling large loads on the road.

It has a gross vehicle weight of 14 t and a combined gross weight of 44.5 t. Sufficient limits to fulfill any transport operation likely to be encountered in general agriculture.

The engine is said to be responsive and delivers a maximum power of 210 hp with an additional boost of 10 hp if needed. There is 860 Nm of torque available in all applications, it can be increased to 925 Nm at 1,500 rpm, if required.

The company’s Dyna-VT Super ECO Variable transmission comes standard. This is supposed to offer optimum control and excellent economy, with a road speed of 40 km / h being possible at just 1450 rpm.

Controls common to both specification levels

Two levels of specifications are available: exclusive and efficient. Both include the new Multipad lever and the control armrest which is linked to the seat.

The cabin has a new air conditioning system which can reduce the temperature by an additional 4C °. An air-suspended seat is also new with an option of heating and improved ventilation.

The seat also has a dynamic damping system with lateral stability suspension that automatically responds to the severity of bumps.

Comfort and connectivity with Massey

To further increase comfort, there is a suspended front axle, as well as mechanical cab suspension on Efficient models. The Exclusive versions, however, benefit from an active mechanical system.

The Datatronic 5 system manages all tractor functions. It also has connectivity to ISOBUS and GPS signals, allowing it to run the MF Technologies Precision Farming suite.

The MF guide as well as the MF section control are included. The latter now operates up to 96 sections to increase accuracy, reduce overlap and target entries with variable flow applications using MF flow control.