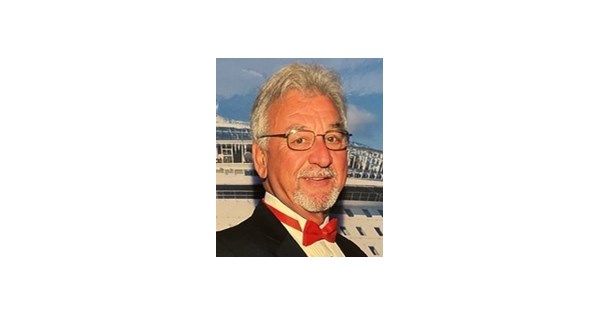 Bob grew up in Northampton and graduated from Northampton High School. He then obtained a civil engineering degree from Springfield Technical Community College. He continued his studies at the University of Massachusetts.

Bob proudly served his country as a member of the United States Army in Vietnam from 1969 to 1970. He was part of both D Company, 2nd Battalion, 505 Parachute Infantry Regiment, 3rd Brigade, 82nd Airborne Division and also of company B, 1st battalion. , 502 Infantry, 2nd Brigade 101st Airborne Airmobile Division. He was awarded the Air Medal, Army Medal of Honor, Combat Infantry Badge, Sniper Badge, Sniper Badge and Star of bronze during his service. He was honorably released as a sergeant from Fort Carson, CO.

Bob owned and operated, alongside his wife, Hampshire Construction Company and Hatfield Equipment. He was a Star Metal Buildings dealer for 52 years, specializing in commercial and industrial design and construction projects; and an underground construction and utility contractor working throughout New England and New York State.

Bob believed in making his community a better place to live. He served his community as a member of the Town of Hatfield Planning Council for 45 years, Superintendent of Water, Assistant Building Inspector, and was a member of the Capital Improvement Planning Committees, Redevelopment of central school and master plan. He was a communicant of Our Lady of Grace parish and served on the finance committee. After his retirement he enjoyed working in the farm fields in Hatfield during the summer driving a tractor during the tobacco harvest and mowing with his son and grandson.

Bob also felt it was important to volunteer to help other veterans. He was a member of the American Legion Post 344 (Hatfield, MA) as a finance officer and a member of VFW Post 3422 (Easthampton, MA). He also volunteered at the Veterans Administration Medical Center in Leeds, Massachusetts and Viera, Fla., As a driver taking fellow veterans to medical appointments. He was a Guardian of the Space Coast Honor Flight escorting veterans to war memorials in Washington, DC

Bob’s particular interest was sports cars. He enjoyed owning and driving his Corvettes and was a member of the Space Coast Corvette Club. He competed in IMSA races with his family and friends at Watkin’s Glen, Sebring, Daytona Raceway and Lime Rock Raceway. He also helped his friends as a member of the “pit crew” who were amateur racers as part of the SCCA Historic Racing Group. He was an avid sailor, spending weekends cruising Long Island Sound.

Bob loved his family. He leaves behind his beloved 51-year-old wife, Joan. He is also survived by his children, Michael Bartlett with his wife Holli and Susan Lynes with her husband Ken; his two proudest grandchildren, Ashley Higgins and Maxwell Bartlett; His sister Marilyn Neumann and several nieces and nephews, and close cousins ​​from all over the country. He was predeceased by his brother, Bruce Bartlett of Boulder, CO.

His family would like to thank the wonderful staff at the ALS West Haven Clinic and Leeds VA Medical Centers as well as the Fisher Home of Amherst and their support.

The funeral will be on Thursday, November 4, 2021 at 9 a.m. at the CZELUSNIAK FUNERAL HOME, 173 North St, Northampton, MA 01060 with a Christian funeral mass at Our Lady of Grace Church in Hatfield at 10 a.m. Interment will follow in the Calvaire cemetery. Call hours will be Wednesday from 4 p.m. to 7 p.m. at the funeral home. Online condolences can be made at www.CZELUSNIAKFUNERALHOME.COM

Commemorative contributions can be made to:

The week in Iowa | Govt. and politics