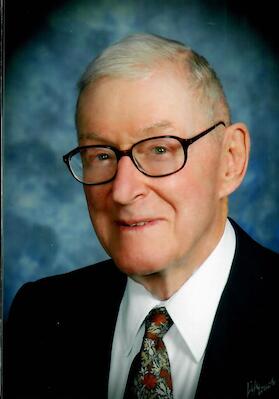 Ridgewood – Thomas Wilson Folger of Ridgewood NJ passed away on May 18, 2022 at the age of 94. He was born in South Orange, New Jersey on November 2, 1927. The son of Riley Carlisle Folger and Margaret (Penland) Folger, Tom graduated in 1945 from Columbia High School. He continued his deep fascination with engineering at MIT, simultaneously earning bachelor’s and master’s degrees in mechanical and electrical engineering in 1949. At MIT, he was inducted into several honor societies, including Tau Beta Pi. Tom was actively engaged outside of his studies and pledged Phi Sigma Kappa and rowed on the 1948 varsity team.

After MIT, Tom sought employment in New York with the DeFlores Company, an engineering consulting firm. After two years, he returned to the Cambridge, MA area to attend Harvard Business School. After graduating in 1953, Tom served in the U.S. Army at the Pentagon in Army Ammunition Supply.

Upon his release, Tom left the East Coast for a job opportunity in Texas. It was here that he quickly discovered he was entirely too far from New England and had regular access to skiing, a love he had first developed while traveling from skiing in high school in northern Vermont. He returned to New York and in 1959 joined Kidder, Peabody and Co. as a securities analyst specializing in technology. In 1966 Tom became Director of Research and in 1974 he became a member of the Board of Directors and Management Committee of Kidder Peabody. His professional orientation turned towards corporate finance. In 1984, he and a former colleague from Kidder Peabody founded a venture capital partnership that invested in technology companies.

During those years, Tom also served on the board of several corporations, including Meharry Medical College in Nashville, Tennessee. His pursuit of skiing has taken him to favorite slopes around the world including Mad River Glen, St. Anton Austria, Alta Utah and the Canadian Rockies. His initial love of skiing in Vermont inspired him to build a home in the Mad River Valley where he also became an avid member of the equestrian community. Farmland and forest management was his real passion, and he was most often found mowing fields on his tractor or in the woods with his trusted chainsaw.

Tom is survived by his beloved wife of over 53 years, Dorothy (Korn) Folger, and his two children, Martha Anne and John, his son-in-law Thomas Baker, and his grandchildren Willa and August. www.vanemburgh.com

Posted in Record and Herald News