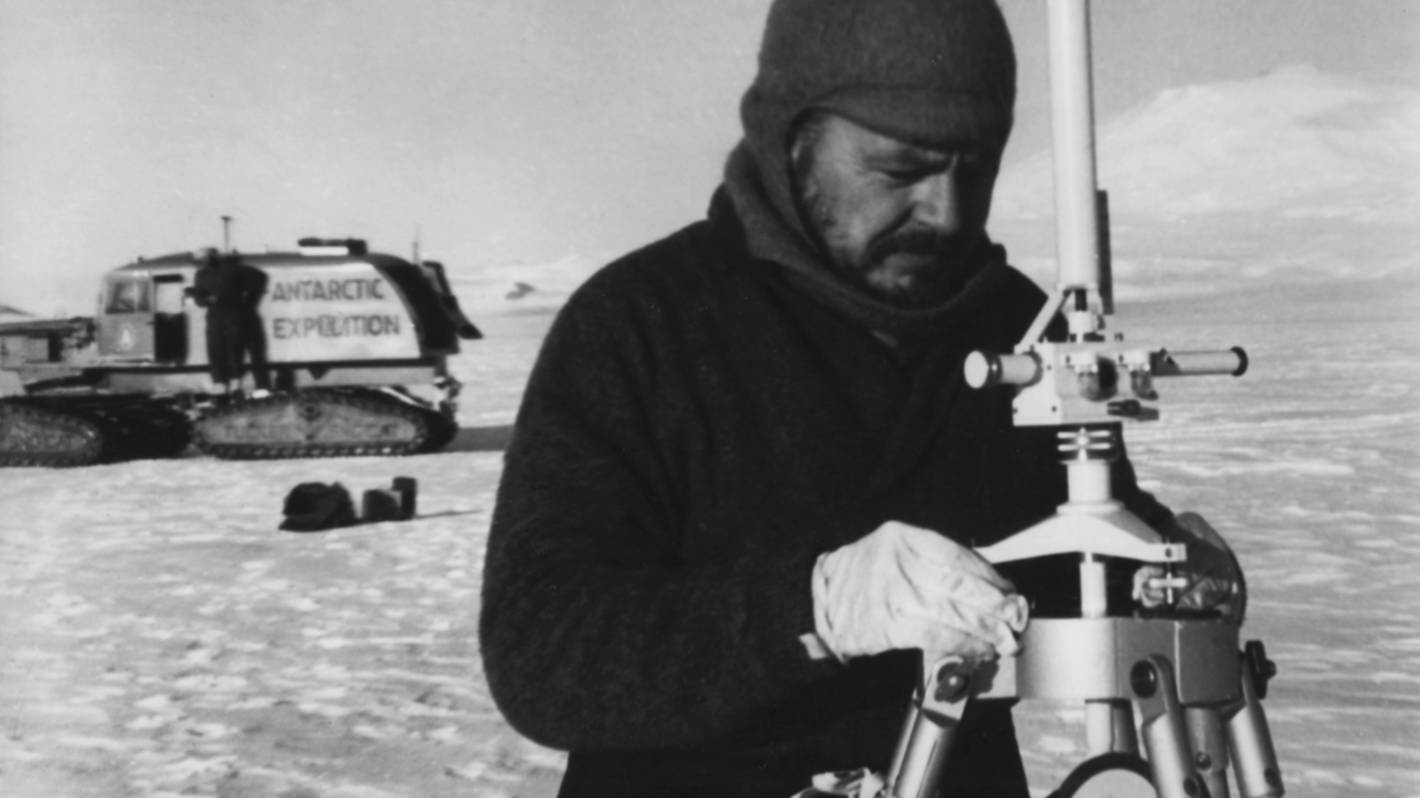 Obituary: Vern Gerard, a scientist ready to put a question mark on Hillary

As someone prepared to question Sir Edmund Hillary’s actions, scientist Vern Gerard was a rarity among New Zealanders.

A member of the team that built Scott Base in 1957, Gerard was a colleague of Hillary, who rose to prominence crossing Antarctica on a Massey Ferguson tractor.

The Commonwealth Trans-Antarctic Expedition had two roles: setting up Scott Base and supporting English explorer Vivian Fuchs, who aimed to complete the first terrestrial crossing of Antarctica, via the South Pole.

Hillary was supposed to set up food depots at the South Pole and return the same way.

But never one to bow down to the Brits, he instead went on and stole the prize for Fuchs’ first land crossing.

Hillary had already gained worldwide fame by being one of the first pairs to climb Mount Everest in 1953. In an interview with Thing in 2012, Gerard strayed from the standard line taken by most New Zealanders, glorifying Hillary’s actions in Antarctica.

He made it clear that he was worried about what Hillary had done and didn’t see him as a natural leader of men.

It was another party member, Bob Miller, who Gerard said had the most influence.

“He was a much better leader than Hillary. He had to sort out the feathers that Ed had ruffled.

“He was a bit harsh. When Ed wasn’t around he thought he was running the base and we (the science members) weren’t okay with that. He was just a radio man.

In his 2012 book Hillary at Scott Base, A Kiwi Among the PenguinsGerard portrays Hillary as someone who always planned to hit the jackpot, realizing that beating Fuchs would further raise his global profile.

Gerard was an unlikely witness to such a famous moment in Antarctic exploration.

He was born Vernon Bruce Gerard to English immigrant parents who settled in Christchurch.

He attended Christchurch Technical College and Shirley Intermediate, where he was dux. Intermediate was one of the first to offer Algebra, Geometry, French, and Science, and that’s where his interest in science was sparked.

Joining the Department of Scientific and Industrial Research (DSIR) in 1942, he was a technical assistant in Christchurch and served briefly during the war before completing an MSc with Honors in Physics in 1947 at Canterbury College.

Early work focused on the response of the ionosphere to magnetic field changes, before moving on to the development of airborne magnetometers. This was the beginning of his interest in electronics and instrument development.

Gerard spent a year stationed at the Apia Observatory in Western Samoa in 1949.

This was followed by aeromagnetic surveys of parts of New Zealand, including a major survey of the North Island volcanic plateau and associated geothermal thermal areas.

With his experience in the operations of magnetic observatories, Gérard was selected in 1956 to join the team to head south.

In August, he took part in a training camp in the Southern Alps, organized by Hillary, to teach the basics of mountaineering and skiing.

It was an experience he thoroughly enjoyed, but he noted that competing with Hillary, in the snow, was a hopeless task for a scientist.

“It was a bit like a hypersonic fighter escorting a World War II bomber squadron.”

Once they arrived in Antarctica, Gérard’s role was to study the Earth’s magnetic field. He was part of a team of scientists led by Trevor Hatherton.

Living in a tent, until the base was built, Gerard had to check his equipment, which was housed in huts away from the Scott base, every 12 hours.

“I had to change [recording] paper and I did it every 12 hours, for 12 months, non-stop. I had to go out even if there was a blizzard.

Gerard returned to Scott Base in early 1959 to recalibrate the magnetometers, then took a sabbatical from DSIR, from 1960 to 1963, to work with the National Physical Laboratory, London, on atomic frequency standards. Back in New Zealand, he made the first atomic clock (caesium) and the first gas laser to be built here.

Although he had a long career in science, working at the DSIR at Lower Hutt and spending time with the University of Cambridge’s Department of Geophysics and Geodesy, he was always most proud of his Antarctic work. .

In 2000, he returned to Antarctica and Scott Base, as one of the survivors of the first wintering party, to celebrate the new millennium.

Gerard retired in 1981, but never lost his interest in Antarctica.

For much of his life he was supported by his wife Remy, whom he met in the Philippines in the mid-1960s after advertising a wife in a local newspaper.

Remy responded positively but had to wait a year, as she was linked to the government.

Living in Upper Hutt, he kept in touch with former expedition members and helped organize a reunion in 2007. Along with Remy, he made regular trips to the Philippines, where they owned property.

A staunch supporter who has always championed her husband’s cause, Remy argued that he didn’t get the recognition he deserved.

After his death, she said many people, including those he worked with, often didn’t realize he was born deaf and taught to read lips.

Journalist Tim Pankhurst wrote a lengthy tribute in 2000 to the 23 men who made history in 1957 by building Scott Base and supporting Hillary to snatch glory from Fuchs.

“Amundsen, Scott, Shackleton, Byrd, Fuchs and Hillary are among the big names on the Antarctic honor roll. Hillary’s 22 companions, who performed such incredible deeds with courage and modesty, also deserve to be remembered.