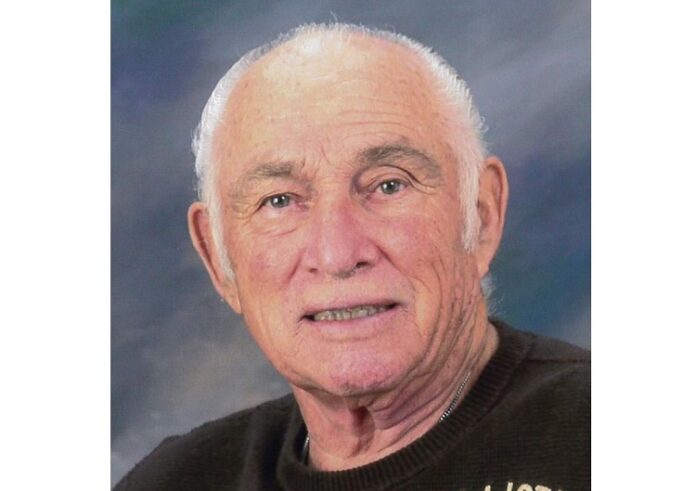 The funeral will be at 1 p.m. on Monday, August 29 at First United Methodist Church in Perry. Interment will be at Violet Hill Cemetery in Perry, Iowa. Visitation will be held Sunday from 3 to 5 p.m. at Murdock Funeral Home.

He enlisted in the United States Navy on January 4, 1951 and was honorably discharged on November 15, 1954, after serving his country in the Korean War.

A favorite was when they danced to their signature song, “Mountain Music” from Alabama. That’s when the cameras came out, and the crowd formed a circle and cheered to their delight.

In 1958 they moved to Perry and Everett worked for 32 years as a machinist at the John Deere plant in Ankeny until his retirement.

He was a member of the Perry Masonic Lodge and the Bass Fishing Club.

A generous, hardworking, and fearless man best describes Everett outside of his love of fishing, hunting, and storytelling.

He took pride in his garden and spent endless hours working with wood, crafting treasures for his family with his stamp of love on each unique piece.

He loved his family and lived for his grandchildren. Thanks to them, they are what gave life a greater meaning for him. . . love them and spend time with each of them.

Condolences for his family and memorials in Everett’s name may be sent to Murdock Funeral Home. Online condolences can be posted at murdockfuneralhome.net.