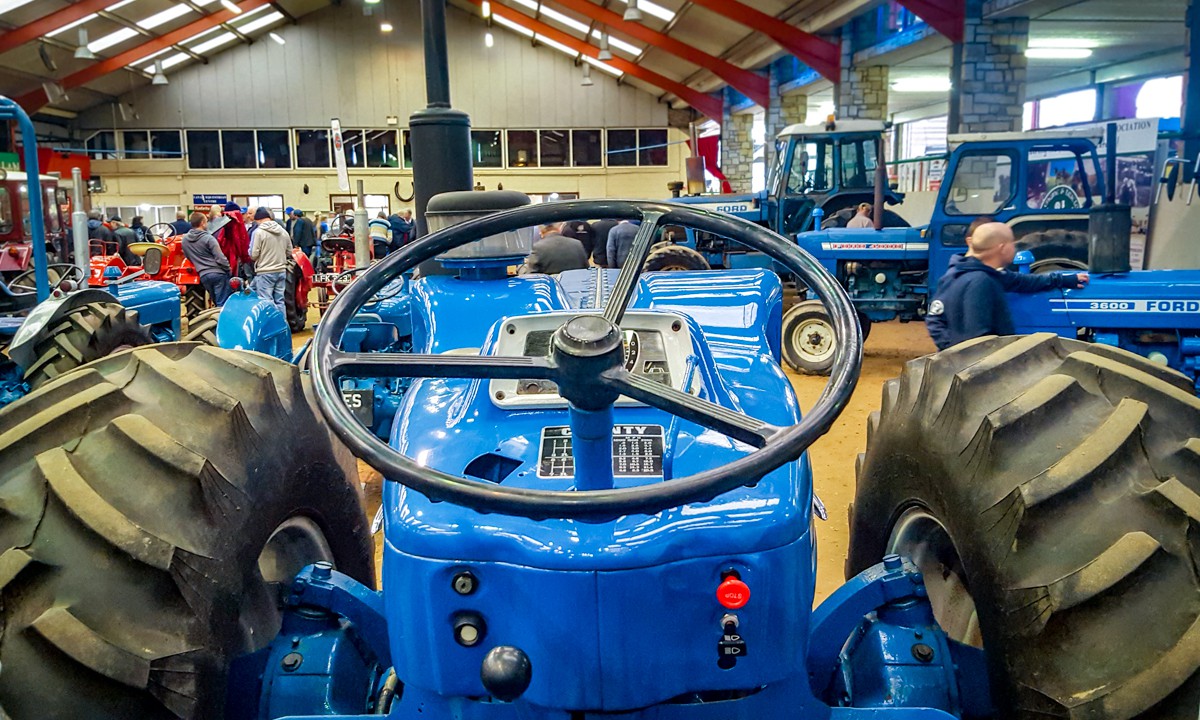 There is less than a month to go until entries close for the Newark Vintage Tractor & Heritage Show on November 5-6, with several anniversary celebrations and rare machines to be seen.

But there are also so many stories behind the machines – so what can visitors see and who can they expect to meet?

“It’s a very special tractor and means a lot to us,” he said.

“Without that tractor, we might have turned into football hooligans or something, but instead we spent our time fixing and recycling with it.

“Peter founded the Marshall Club, learned to read and write, wrote two books and was responsible for machinery at RHS Wisley for 18 years.”

It’s an opportunity for young and old to get together, as evidenced by Alex Kettlewell, 24, and his girlfriend Jennie.

“So many of my old school friends sit at home playing video games, but what I’ve been able to do with the tractors is awesome.

“I would say don’t be afraid to try – if you save up and buy one, it’s a big daunting project, but it’s also a huge learning experience.”

There’s also Katie Birch, 21, who inherited her grandfather’s love for vintage tractors – which she plans to bring Fergie TED20 to the show.

She would like to see more young women involved in the industry, as she is often the only young woman exhibiting.

“It’s a shame, we need more young men and women to get into vintage tractors,” says Katie.

“You have all this history in front of you when you have a vintage tractor and if you want to restore it, you have a great project.

This year sees significant celebrations, including 70 years of the Fordson New Major E1A (produced from 1952 to 1958).

Launched at the Smithfield Show in December 1951, the E1A replaced the older E27N model and offered a choice of three new four-cylinder overhead valve engines in petrol, diesel or spray oil.

David Brown’s Cropmaster or VAK1C turns 75 and it’s time to wish a happy 50th to the Massey Ferguson MF1200.

This four-wheel-drive articulated tractor mirrored the huge 1500 and 1800 models produced for the United States, including its hard hood and integral cab.

The center pivot allowed for very tight turns on headlands while the 5.8 liter Perkins diesel engine produced 105bhp which meant this tractor was a true workhorse of its time.

There will also be celebrations of Newark’s Nicholson machines and Lincoln’s Ruston stationary engines.