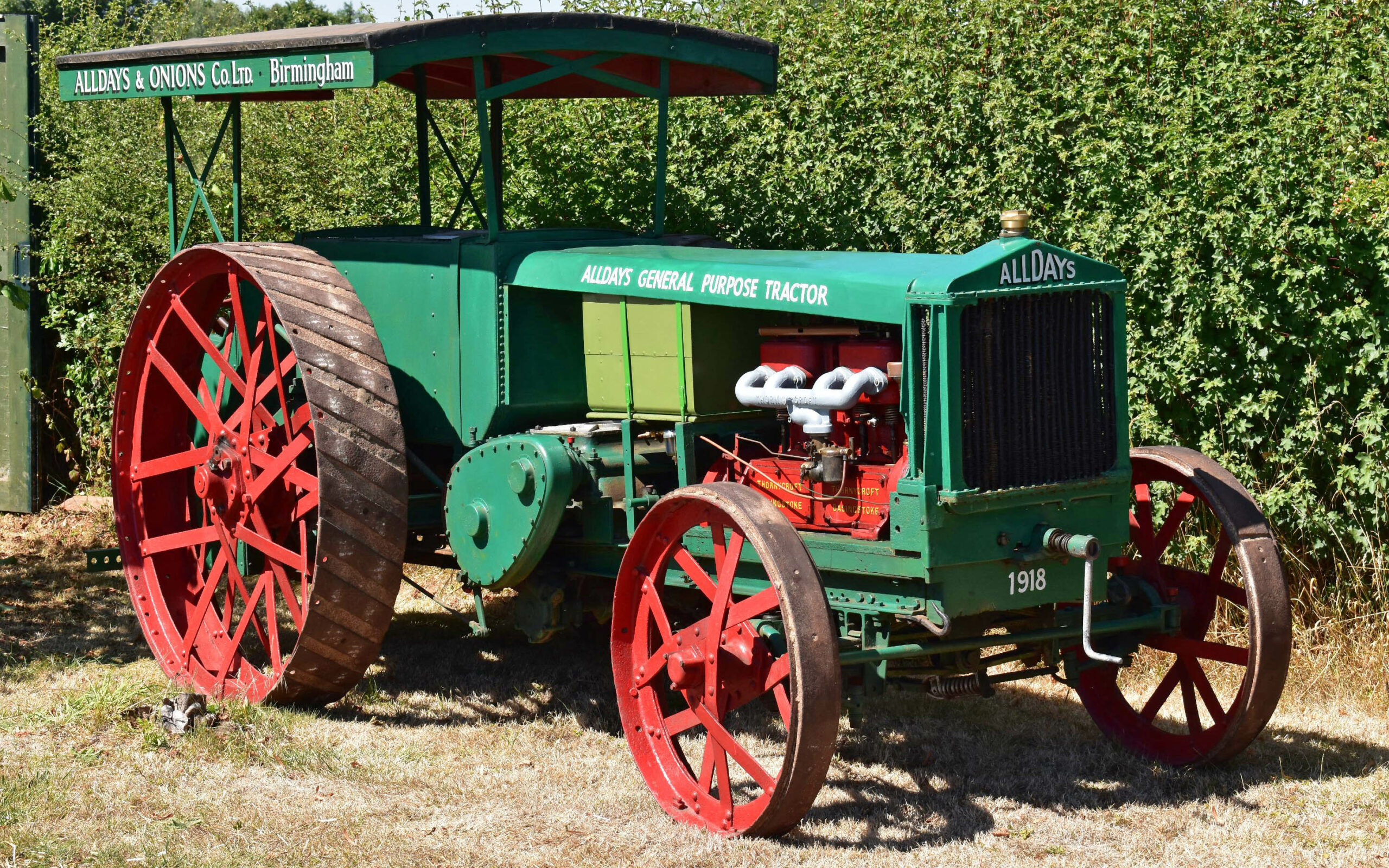 Rare Alldays and Onions to headline next Cheffins sale

Alldays and Onions is a name that rarely comes to mind when thinking of older tractors, but at one point the company, which is a major manufacturer of cars, motorcycles and industrial equipment, seems also dabbled in tractor production.

It is said that only six examples of these tractors remain, although it is not known at all how many were produced or for how long they were made at the company’s Birmingham factory.

Alldays and Onions is part of a larger collection

One of these 1918 machines will be auctioned this month as part of the Bainbridge collection of rare and vintage tractors which will lead the Cheffins Vintage sale on Saturday 22nd October.

This particular collection, based in Staffordshire, consists of five vintage tractors with an estimated total value of £250,000.

Another rarity is the 1916 Bates Steel Mule. This American tractor represents an attempt to directly replace a draft animal with a machine and to keep the same tools.

Oliver Godfrey, Head of Machinery at Cheffins, said: “Having been built up by Edwin Bainbridge throughout his life, this collection now contains some of the oldest and most sought after tractors of the pre-war period.”

These two items will be offered alongside more than 2,000 lots of classic tractors, vehicles, tools, models, motorcycles and automobilia, during the third and final collective sale of the 2022 vintage.

As well as vintage items, there is a good assortment of classic tractors, with Massey Ferguson well represented with the usual handful of counties and fords.

Among the latter, a Dexta half-track conversion and a Ford 8210 with only 6,500 hours on the clock, which will arouse the interest of many collectors.

The sale will take place at Cheffins Machinery Saleground in Sutton, near Ely.