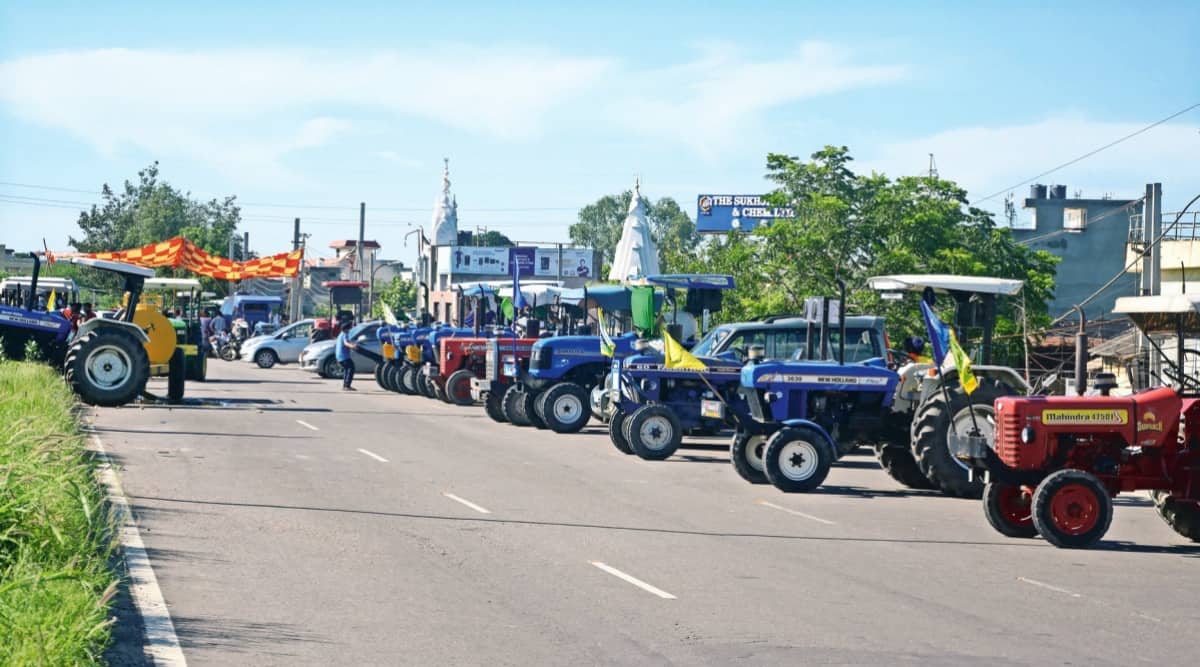 Sugar cane levies: farmers now block the NH-1, SKM lends its shoulder and sends an ultimatum to the government

Farmers who had been protesting the non-payment of sugarcane royalties for four days escalated their unrest on Friday by completely blocking the Jalandhar-Ludhiana section of National Highway 1, one of Punjab’s busiest roads. The demonstration, launched under the banner of Union Bharti Kisan (Doaba), also gained the support of Samyukt Kisan Morcha (SKM) who issued an ultimatum to the government of Punjab, asking them to either pay dues by on August 25, either to face a massive morcha at Phagwara.

Besides the NH-1, the protesting farmers also parked their tractor-carts on the roads leading to Hoshiarpur, Nawanshahr and Nakodar, blocking traffic. Commuters faced a tough time as authorities diverted traffic to alternative routes. Police were deployed in large numbers and water cannons were stationed at the protest site near the Phagwara sugar factory.

While announcing an indefinite protest against the alleged delay in payment of their dues amounting to Rs 72 crore by Phagwara Sugar Mill, the farmers had kicked off the agitation on Monday by blocking the Jalandhar-Ludhiana causeway of the NH-1.

“As the Punjab government took our protest lightly, we blocked the other side of the highway today,” BKU (Doaba) chairman Manjit Singh Rai said.

However, ambulances, school buses and other emergency vehicles were allowed through, said the general secretary of the farmers’ body, Satnam Singh Sahni.

Rai and Sahni said they would not budge until Rs 72 crore is transferred to the farmers’ accounts. “We will turn our unrest into a statewide unrest if our demand is not immediately met by the government,” they warned.

Addressing a joint press conference, SKM leaders said earlier that Finance Minister Harpal Singh Cheema had assured to arrange a meeting with the Chief Minister, which was not done. Later, a meeting was held with the Minister of Agriculture in Mohali, but that also did not help to solve the problem, they said, adding that the government should take over the Phagwara factory and sell his property to settle farmers’ arrears.

Protests by sugarcane growers to get their pending dues from sugar mills – both cooperative and private – have become an annual affair in Punjab. Although there is a provision guaranteeing the full payment of farmers on time, it is not applied to factories by the government.

By the end of the 2021-22 milling season, 16 mills – nine cooperatives and 7 private – had yet to pay farmers Rs 900 crore. Following a protest and after talks with the government, the factories cleared Rs 550 crore. As of now, cooperative mills owe farmers Rs 195 crore and private mills Rs 150 crore just for the last milling season. Some farmers have yet to receive payments for the 2019-20 and 2020-21 milling seasons. The Phagwara mill is one of the biggest defaulters – owing Rs 72 crore of which Rs 36 crore are from 2019-20 and 2020-21 and the rest of the last milling season.

The Punjab Sugar Cane (Regulation of Purchasing and Sourcing) Act states that sugar mills shall arrange for payment as soon as the sugar cane is supplied to a factory “and the occupier of such factory will be required to pay the price” of the sugar cane so supplied.

“Where the occupier liable under subsection (2) defaults in payment of the price for a period exceeding 14 days from the date of supply of the cane to the factory, he shall be liable for interest of 15% per annum, as the state government may, by notice, determine from the said date,” the statute reads.

The grinding season which generally starts from the third week of November continues until the beginning of April.
Rai from BKU (Doaba) said, “We bring the products to the factory and they start paying after 10-12 days. Payments come in steadily for the first two months, then factories stop payments or distribute small amounts. Accumulated dues remain pending for months. We only want our payments to be cleared and we have never demanded the 15% interest on pending dues”.

This has led farmers to resort to protests, Rai said, while claiming that only factories in Dasuya and Amloh are making their payments on time.

According to farmers and agricultural leaders, the problem persists due to the lack of government intervention and enforcement. The state government, they say, must streamline the sugar industry by modernizing cooperative mills, the majority of which run on old machines with low crushing capacity, and closing private mills.

Messages from the Road: County Fairs and Festivals