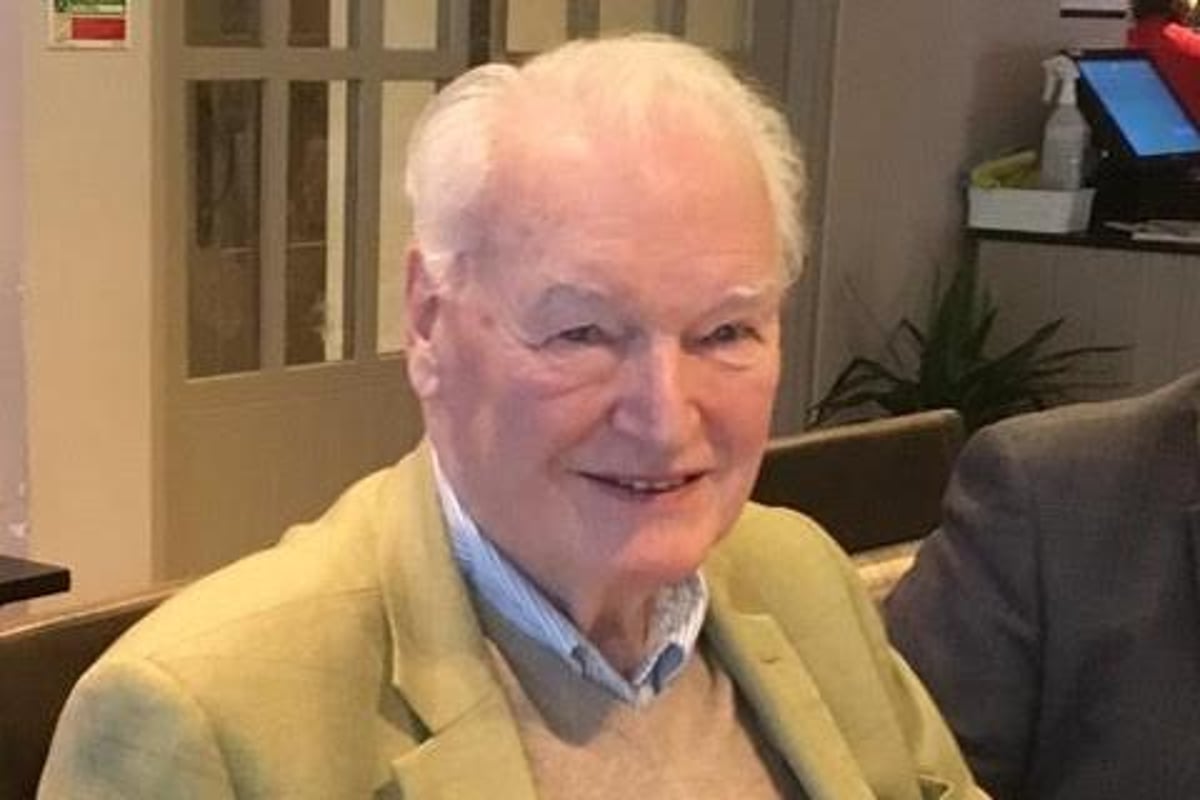 By Terri Gregory On Oct 15, 2022
Share
Neil Godsman was a renowned bon vivant with a happy world for everyone.

As well as being a successful farmer and businessman and a lifelong Rotarian, Neil Godsman of Cairnfield, Longside, was a reputed bon vivant with a jolly word for everyone and a well-known figure in Scotland and Estonia and even further afield where his business interests have taken him.

“Neil knew everyone and everyone knew Neil,” an acquaintance said. “He never let you down and his sense of humor and good humor always left you with a smile on your face.

But he was far from retirement and he continued to farm around 500-600 acres on a number of nearby farms, both owned and leased, and started farming in Estonia in 1996, just six years after the breakup of the Soviet Union. , construction with the purchase of an estate of small farms on 3150 acres of arable land with a herd of Aberdeen-Angus cattle

imported from Scotland, which has now been extended to 120 cows and followers.

Most of the land was brushwood when Mr. Godsman took over and had to be threshed before plowing, but it is some of the best land in Estonia. A retired Estonian scholar, Professor Hain

Kaur, who had come to Scotland to learn more about Scottish agriculture, was taken on as the first headmaster and was succeeded by one of his former pupils, Kalle Adler, who continues to

Farming in Estonia was well below Western standards when Mr. Godsman started with Russian-made machinery. Mr Godsman set out to modernize the farm which

He was the first in Estonia to have a range of modern European machinery, including an Alfa Laval milking parlor (the farm had a dairy at the time) and a reversible plough, the first to windrow rapeseed and the first to have a MacDon windrower and MacDon header for the combine. It also imported the first Massey Ferguson 2720 tractors in 1998 and a Matbro telehandler.

As there were no dealers or mechanics with the relevant experience in Estonia, all spare parts for the machines had to be imported from Scotland in a suitcase, including a complete set

of pistons for a Hymac excavator.

He also embarked on a 35-hour round trip to Harwich aged 74 with his first two Aberdeen-Angus bulls in an Ifor Williams trailer. He was greeted by Kalle who took the bulls on

All the while he was always busy at home where his main interest, apart from farming, was the family peat business started by his grandfather in Tillinamilt, New Pitsligo, in

1907. Mr Godsman then bought bogs at Lambhill, Craigculter and Redhouse in 1966 and another at Caithness in partnership with a local farmer.

It was – and still is – a big business and in the 1970s sent up to 18,000 tonnes of peat a year on ships to fuel community heating systems in Sweden. Today their main customer is the Scottish whiskey industry to create smoke for the whiskey distillation process.

Mr. Godsman was a recognized expert in the mechanics of peat drainage and extrusion and his expertise was highly sought after by peat producers around the world, including

Islay, and as far as the Falkland Islands.

His agricultural and business interests were extensive, but he had the good fortune to employ good managers and staff who were largely left to their own devices and were extremely loyal.

Mr. Godsman was never often seen on a tractor himself, as the business side of his business took up a lot of his time, but over the past 15 years he has enjoyed

jump on a tractor to haul the barley or catch up with the plowing.

Away from business, Mr Godsman was a member of the Peterhead Rotary Club for many years with a penchant for raising money for charity, including an annual plow match, to be

place, in this case, this weekend, on one of his farms.

He was not a committee member, but was a founding member of the potato cooperative, Aberdeen Seed Potato Organization (ASPO) and served as a director of the Royal Highland

and the Agricultural Society of Scotland for many years where he was actively involved in several aspects of the Royal Highland Show.

He was also an enthusiastic member of the dwindling group of farmers, known as the “Last of the Summer Wine”, who meet every Friday for lunch at Thainstone Market.

He and his late wife, Pat, were very passionate about accordion and fiddle music and were regulars at the Cuminestown Fiddle Club.

Mr. Godsman was predeceased by his wife two years ago. They had no family and he is survived by his brother-in-law and four nephews and one niece.

A memorial service for Mr Godsman will be held at Longside Church on Tuesday (October 18) when the eulogy will be given by his friend, Robert Lovie. The service will be