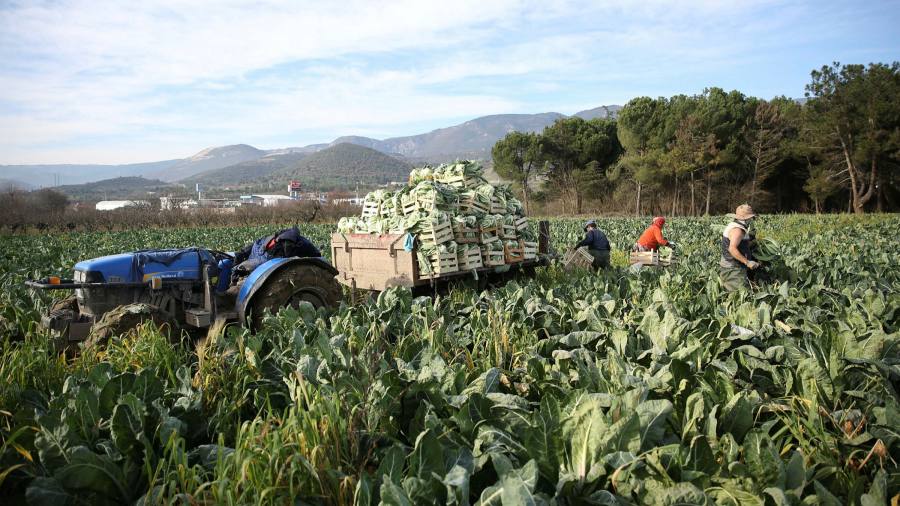 For thousands of years, the area around Antakya, in Turkey’s southern province of Hatay, has been the breadbasket of great civilizations. Roman mosaics in city museums depict olives and grapes grown in the rich red soil and green hills around Antioch, as it was called in biblical times.

But those working the land today are struggling, like many of the half a million farmers across Turkey. A collapse in the value of the Turkish Lira over the past 12 months has combined with a surge in global commodity prices to dramatically increase their input costs.

“It’s the hardest time I’ve had,” said Mehmet Muzaffer Okay, the head of Antakya’s chamber of agriculture, who has worked for the industry body for about three decades and grows wheat. peppers and olives.

Agriculture remains a mainstay of Turkey’s economy, generating nearly 7% of gross domestic product, and Hatay is Turkey’s leading producer of a range of staple foods, including Swiss chard, parsley and oranges. But Okay said the 25,000 members of his association were facing mounting costs and mounting debt. “Their resistance is wearing thin.”

Soaring agricultural production costs are behind Turkey’s skyrocketing food prices, which rose at an annual rate of 70% in March, according to official data. April figures released this week were expected to show that headline consumer price inflation – encompassing energy, transport, clothing and other costs as well as food – was around 68% year-on-year, according to a Reuters survey of economists.

From his farm near the Syrian border, where rows of pale onions pierce the terracotta, Mahmut Çam explained the real impact of the falling currency. A year ago, it cost him around 3,000 lira to fill his five tractors with diesel. Now the price is close to 13,000 TL. He also witnessed a fourfold increase in the cost of fertilizers and pesticides.

“When these things are cheap, we can sell our products at low prices and our people can have affordable food,” said Çam, who also grows potatoes. “When they are expensive, production will be lower and food will be more expensive.”

Although food prices have risen sharply, producers often find themselves squeezed by supermarkets which are under pressure from the government to keep prices low and middlemen who sometimes exploit them.

While the country’s farm subsidies have long been criticized by institutions such as the OECD for distorting the market, farmers themselves want more, not less, help to counter rising input costs.

On the farm where he grows maize and cotton, Nesim Koç said the diesel payments he receives from the government are enough to run his tractors for a few days of the year. “Farmers are like the mother of the nation, feeding her people,” he said. “They need to give us more support.”

Rising costs have highlighted deeper structural problems in Turkey’s agricultural sector. Luz Berania Díaz Ríos, senior agribusiness specialist at the World Bank, said while agriculture remained an important part of the country’s economy, it made only “modest gains” in productivity in the country. over the past decade and a half.

Although production increased by an average of 3% per year between 2007 and 2016, this growth was “largely due to the intensification of inputs – for example more fertilizers, more pesticides – rather than gains significant efficiencies,” she said.

Díaz Ríos called for technological improvements such as more modern greenhouses with efficient ventilation and irrigation systems – as well as measures to deal with climate change, which will pose a big challenge in the years to come.

Despite its problems, Turkey has “enormous” agricultural potential, according to Gökhan Özertan, an agricultural economist at Istanbul Boğaziçi University, pointing out that it remains in the world’s top 10 for 50 agricultural products, including figs, cherries , lentils, beans and hazelnuts. .

But the sector needs major reform to address problems that date back decades, he argues. A good starting point, according to Özertan, would be to improve the technical know-how of Turkish farmers through education and the revamping of cooperatives that can help farmers on many fronts, from finance to marketing. Better data collection was also needed, he said.

Agree, the head of the chamber of agriculture said some in Hatay had turned to growing exotic fruits for export. “They started producing avocados, kiwis, dragon fruits — things I had never even heard of — to sell overseas,” he said.

Others, meanwhile, have given up altogether. The average age of farmers in Turkey is rising as parents who work the land struggle to persuade their children to follow in their footsteps.

Koç, who has been driving a tractor since she was 10, said her four daughters were “not interested in soil”. He does not know how long he will continue himself. “I was born a farmer,” the 52-year-old said. “I hope I die as one too. But we’ll have to see.”