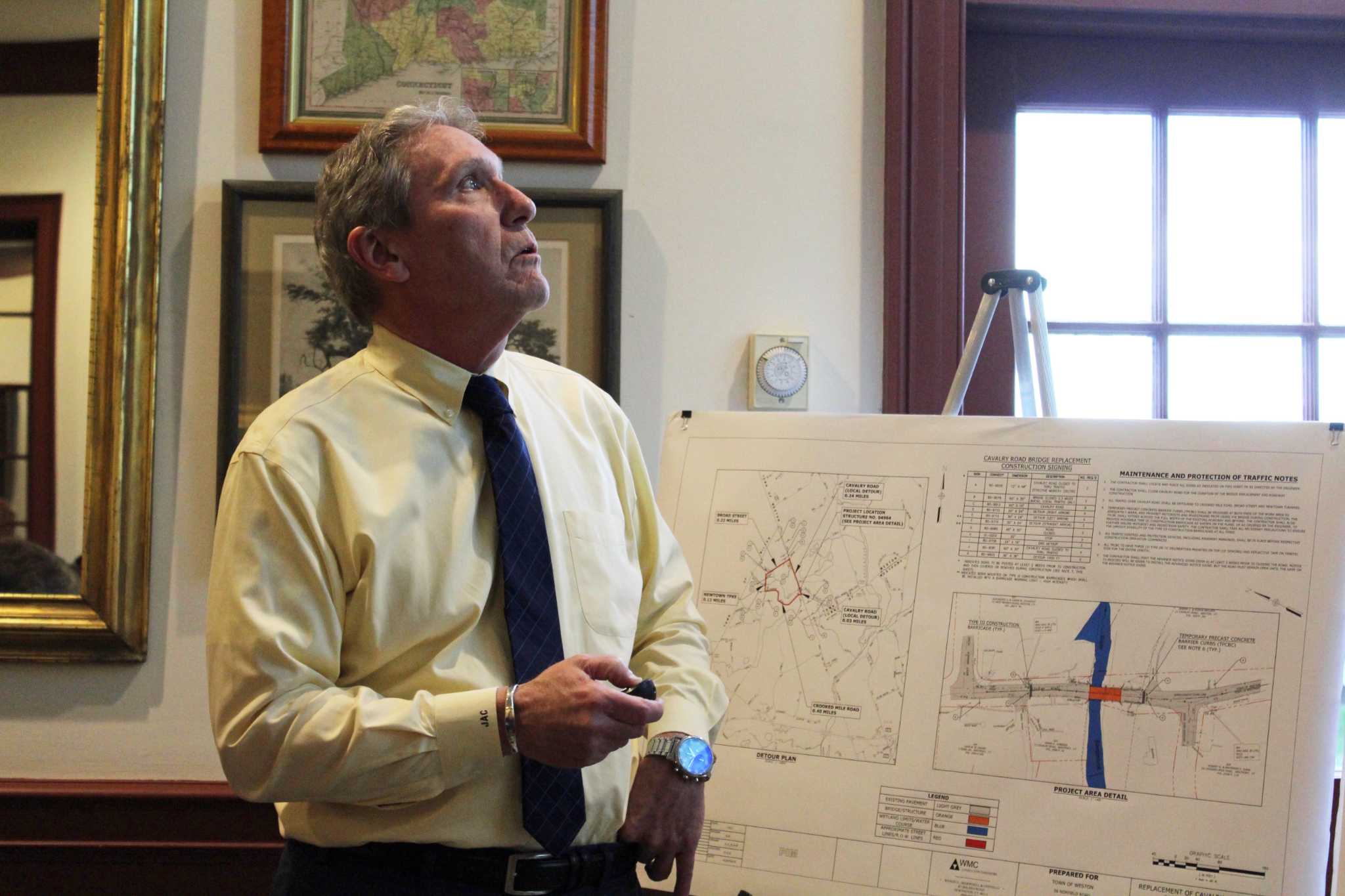 WESTPORT — Construction of the Cavalry Road Bridge is just weeks away from completion once construction on the project resumes March 2 after the winter shutdown period.

Westport City Engineer Keith Wilberg said despite some delays from the construction team, only six to eight weeks of work remained once construction continued.

“They were building last year and they ran into a few different delays, which have not been uncommon over the past few years, especially with the COVID and supply chain issues,” Wilberg said. “They were hoping to put it in place in the fall and finish construction last year, but that didn’t happen.”

Wilberg said that in the meantime, contractors will be erecting the bridge girders. He said that the cold weather presents certain problems in the construction, which is why they stop during the winter. Although they cannot lay asphalt, they can perform work in cold weather.

“We were able to get the contractor to coordinate putting the girders on the bridge and that’s what they’re going to do next week,” Wilberg said. “Once they have the beams up and they can get back to work and the weather is nice, they probably only have six to eight weeks of work left.”

“They are closer to the finish line than the start line,” he added.

The bridge girders will be installed from 8 a.m. to 4 p.m., March 2-4. Dates and times are subject to weather conditions.

The city will implement additional traffic detours to use local roads to deliver the oversized crane, bridge girders and semi-trailer. The diversion area includes Cavalry Road, Crooked Mile Road, Red Coat Road, Hermit Lane and all roads and driveways that use these roads.

Wilberg said the current deflection scheme will come back into effect once the beams are installed.

The $2.32 million project has been under discussion for a few years.

The main reason the bridge is being replaced is because it was found to be structurally deficient and in poor condition in a March 2017 Connecticut Department of Transportation bridge inspection report, said Wengell vice president Jay Costello. , McDonnell & Costello, Inc., the engineering company. lead the project.

Controversy erupted over how the project would be funded. About 80 percent is covered by a federal government and the remaining 20 percent of about $464,000 would be split between Westport and Weston.

Weston’s efforts to get Westport to pay more for the project eventually resulted in a member of Westport’s finance board suggesting that beach sticker prices be raised for Weston residents. Other members accused Weston of not being “good neighbors”.

A state status states that shared city bridge maintenance expenses will be allocated based on a formula of total revenues collected by the cities over the past three fiscal years. The ratio would be recalculated each year that the project is in effect, based on state status and revenue provided to each city.

With some reluctance, Westport’s finance board unanimously approved $62,000 for the repair project on January 8, 2020, the representative town assembly then approved it on February 4, 2020.