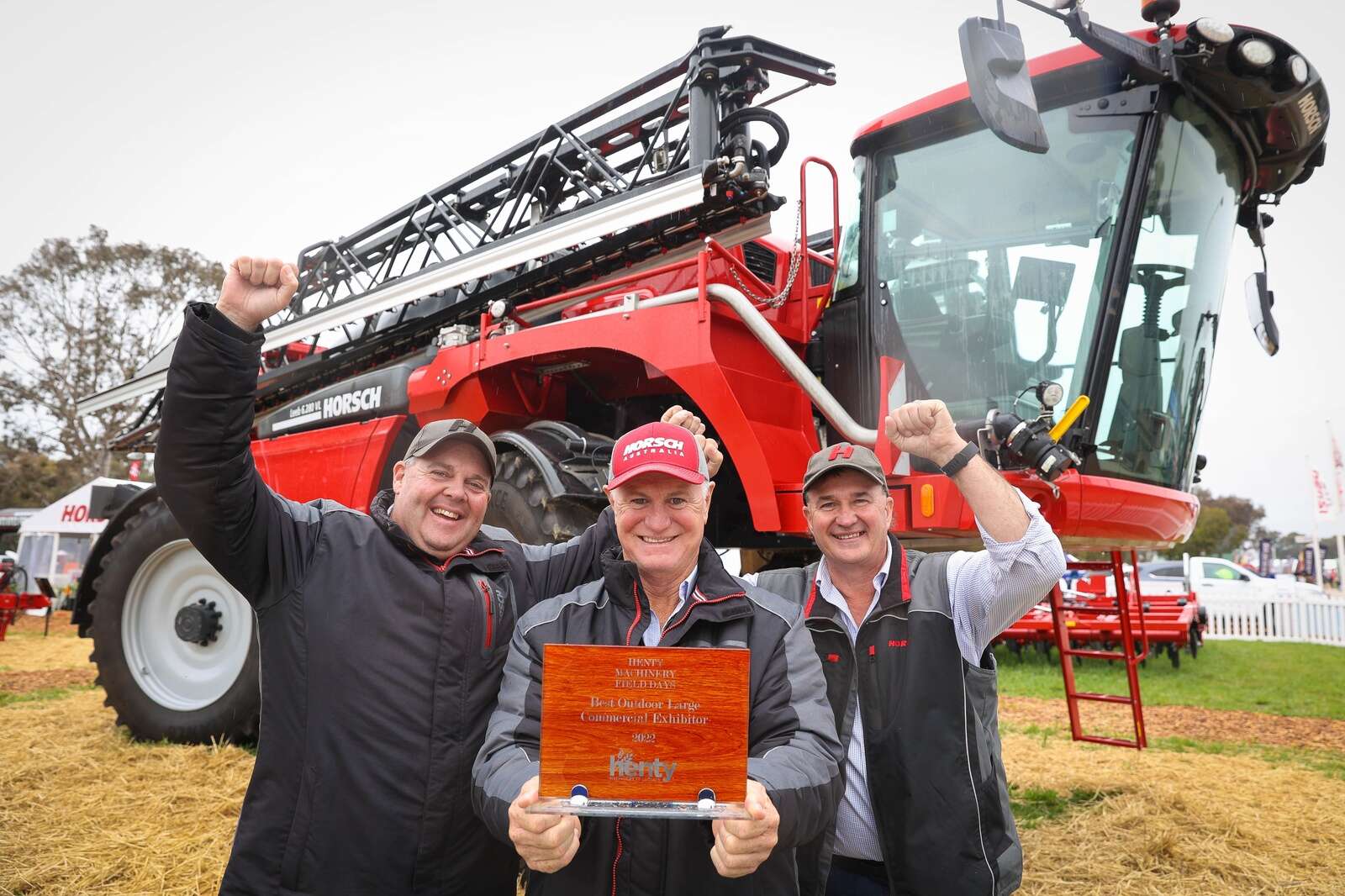 A Mooroopna-based equipment distributor was among the winners of the 2022 Henty Machinery Field Days Exhibitor Awards.

The awards were presented on Wednesday, September 21 by Belinda Anderson, General Manager of Field Days.

“The owner of Muddy River wanted to make a statement at field days this year, so we went with the white picket fence and layout, and it worked really well,” Robertson said.

“Having the fence makes it feel more welcoming and everyone liked it.”

Mr Robertson said demand was extremely strong on opening day for sprayers and tillage machines, with strong sales and a follow-up survey.

The MacDon FD2 Flex Draper, presented by MacDon Australia, impressed the judges with its innovation, design and engineering.

A total of 22 state-of-the-art agricultural machinery and equipment were featured in the Henty Machine of the Year.

Announced on the opening day of Field Days, September 20, this award is given to the most outstanding new agricultural machine exhibited during Field Days.

Judge Warren Scheetz said this year’s prize included entries from 2021 and 2022, and the task of selecting a winner was a difficult one.

“The MacDon has increased draper front performance by 20% to match the ever-increasing high capacities of modern headers,” he said.

“MacDon has also increased the machine’s flexibility by up to 70% over previous models, as well as ground following capabilities.

“It’s a simple, well-constructed mechanical design that’s easy to use.”

Scheetz said the John Deere See & Spray Select system uses a combination of cameras and processes to detect weeds before activating the nozzles required to apply the chemical with high precision.

“This reduces chemical applications by up to 77% compared to traditional coverage, reducing input costs and chemical usage,” he said.