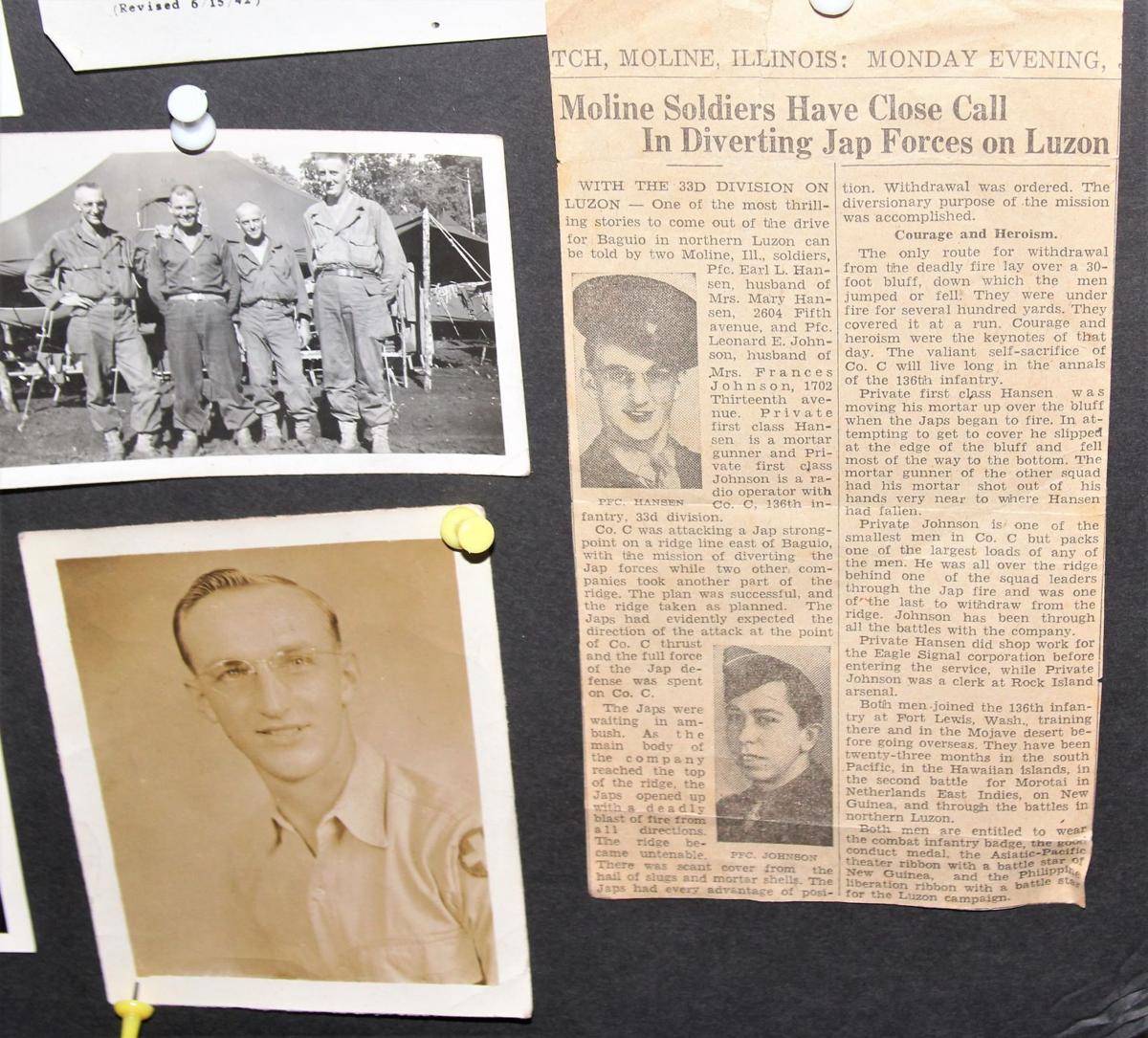 A July 2, 1945 article from the Moline Dispatch details the exploits of two Moline soldiers on the Philippine island of Luzon, including Earl Hansen who turns 100 on Tuesday. The article was one of many memorabilia people could see at a reception for Hansen on Sunday at New Perspective Senior Living in Silvis.

From childhood to World War II, some of the memorabilia of Earl Hansen, who turns 100 on Tuesday, on view at a Sunday reception at New Perspective Senior Living in Silvis. 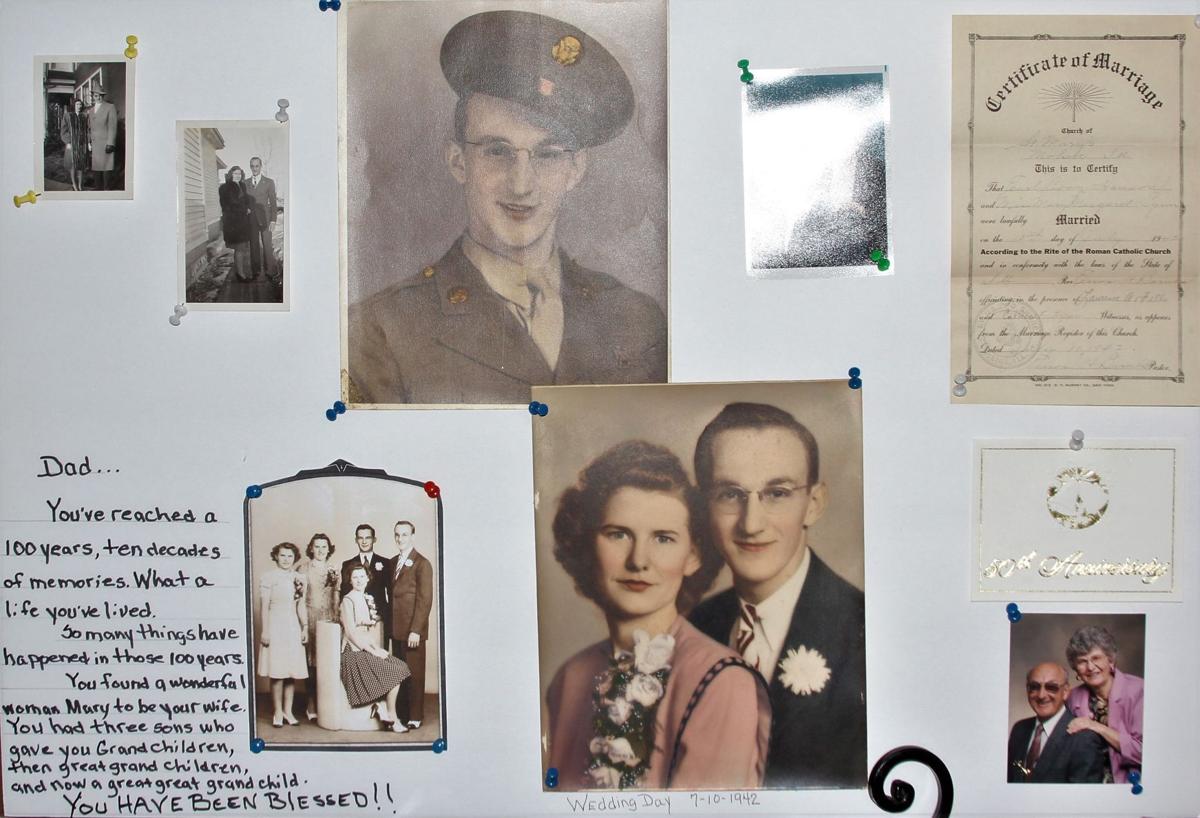 Memories of Earl Hansen, a World War II veteran and John Deere retiree, who turns 100 on Tuesday. Silvis Mayor Matt Carter said Earl Hansen Day in the city on Tuesday and presented the veteran with a key to the city. 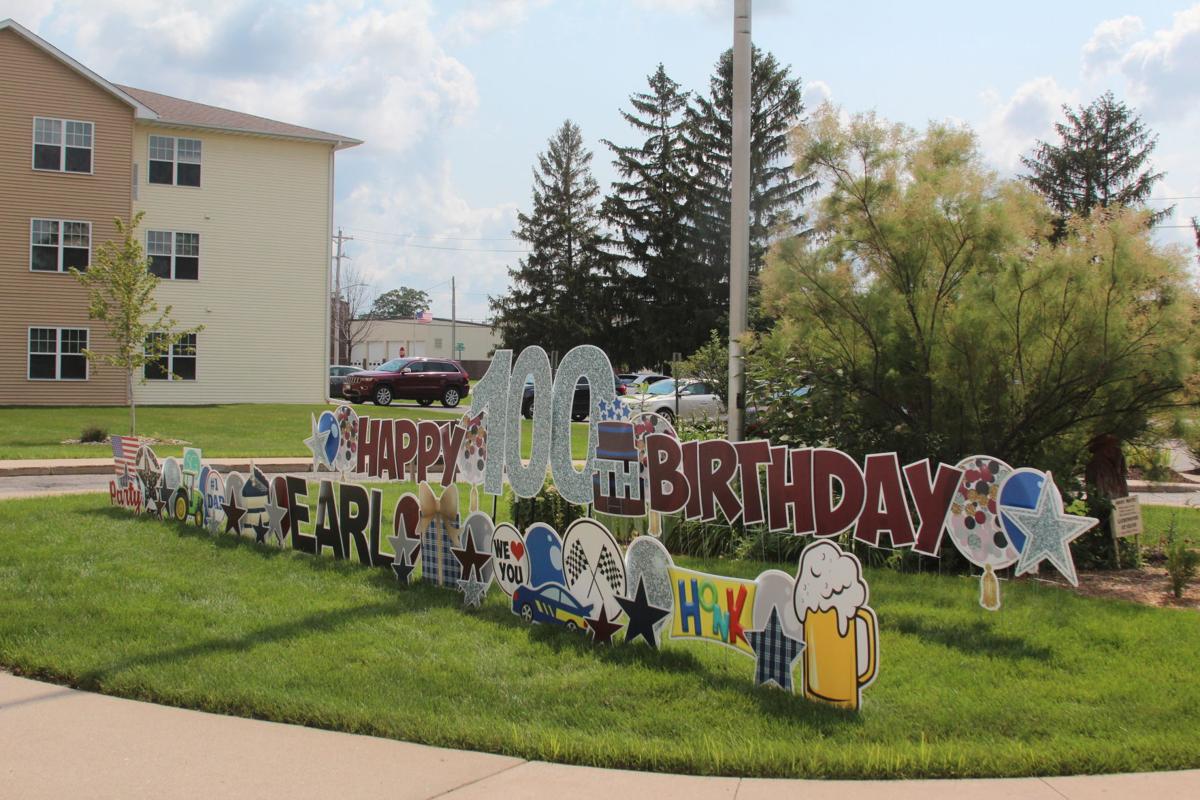 Tuesday July 20, 2021 will officially be Earl Hansen Day in Silvis.

At a Sunday reception at New Perspective Senior Living, where he has resided for about four months, Silvis Mayor Matt Carter read the proclamation and presented Hansen with a golden key to the town.

He has been living in a retirement home for about four months. Before that, he had lived in the house he had built for his wife and three sons, Roy, 74, Lloyd, 71, and Chris, 69.

Roy Hansen said that their 100-year-old father is something wonderful to ponder.

“I mean 16 and 21 are the most important, right? Roy Hansen laughed. “I guess 100 has to fit in somewhere. The more you think about it when you do it this way, 100 certainly matches.

Roy Hansen said his father was someone who took care of things himself and taught his sons to do the same.

“He built the house in 1957,” Roy Hansen said. “He had Miller Brother’s Construction dig the basement and put up the frame and he worked in Deere, and built the house, had some of the neighbors; he hired an old man who was retired to help him make Placoplâtre and insulate it.

Visitors learn about historic agricultural equipment at the show – AgriNews

Apprentices at Deere and Co. received more than a welding lesson

For a dessert that delights, try Emmett’s old-fashioned ice cream